I don’t normally run too many video clips on Untold, but I am very happy to make an exception here.

Do you remember how Ooooooooooooospina was criticised for one error?

But it was all gibberish – show me a goalkeeper who has never once made an error and I’ll show you a keeper who does not exist.  In fact I won’t, because he doesn’t exist.  If you catch my drift.

As you would have expected, Mr Wenger responded calmly saying,  “Looking at Ospina and Cech, I think I have two world-class goalkeepers and it’s the easiest choice I have to make because I can pick any of the two and I am very comfortable.”

Of course the idiot press sneered – one semi-skimmed journalist called that comment “a rant”. 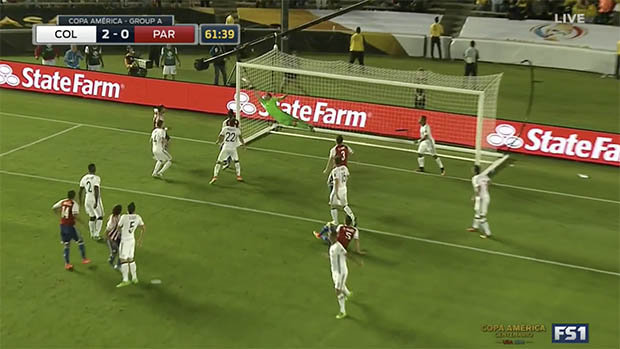 Anyway, we’ve seen a lot of games which prove how brilliant Ospina is.  But if you want a little more proof, watch this: David Ospina vs Peru, as he takes his country through to the semifinals.

I hope you enjoy it.

31 Replies to “Watch David Ospina; man of the match and making an unbelievable penalty save”