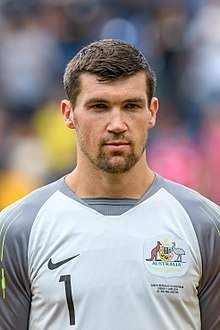 The commentary written was

“Southampton are a curious team: one might even think they have an “understanding” with the referees.   They tackle more than any other club in the league, and when it comes to fouls they are nearer the top end of the table than the bottom.

“Arsenal are the reverse: hardly any PL side commits fewer tackles and fouls, and yet they have to commit far fewer tackles to get a foul against them, that Southampton.

“Which simply means Southampton will enter this game knowing they can assault Arsenal with fouls, but get away with it much more than Arsenal can.  Arsenal absolutely must NOT retaliate.”

Even the Guardian’s minute by minute reporter was taken aback by the way things played out, saying for example, “Stephens leaves one on Pepe as the pair tangle on the floor. Did he mean that? If so, he’s lucky to get away with just a yellow”

Prior to that match I quoted this table…

I thought the comments we had after that game were very telling – indeed if you go back to the article “Arsenal Southampton and those cup wins” you will see the whole thing being played out with the referees allowing the continuation of that which is in the figures above.  Arsenal commit far fewer tackles but get the same number of yellow cards as Southampton.

We said prior to that match “Southampton immediately enter the game with a 17% advantage” and so it turned out.  Continuing the commentary said, “On penalties both side are at the lower end of the scale, so a penalty in this game is unlikely.  But overall the refereeing advantage is very much with Southampton.”

The problem seems to me to be that Arsenal are not playing to the referee’s bias while Southampton are, and so they are getting the advantage all the time – and we saw that totally in the FA Cup game.

As we have seen, the teams are sitting next to each other in the league

… and we really do need to keep winning to pull ourselves into the “not a trophy” positions.

The other issues arising is that with the last list of 17 overseas players the adjustment was not made for the new goalkeeper.  Our understanding is that Alex Runarsson will be loaned out somewhere where he can get some match practice in England, and himself come to understand the refereeing here which is of course so different from in other countries.   Matt Ryan will take his place (I can’t see two valuable overseas players’ places being taken up with backup keepers.)

So we are now listing both of them as one, under placement 14.

On the injury front we still have three players missing.  Here’s the physioroom data

One Reply to “Southampton v Arsenal: learning the lessons not learned last weekend”