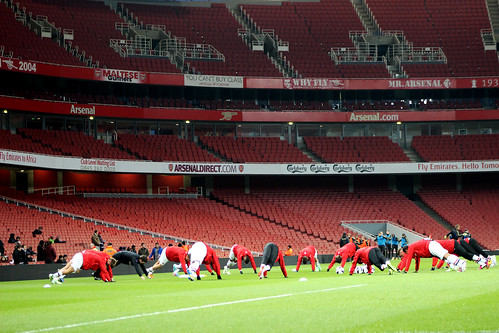 A number of Premier League clubs, including Arsenal, were linked with a move for Bruno Fernandes while the midfielder was still in Portugal. While the Gunners, and others, dithered, Manchester United finally made their move and we know what happened next.

The lack of action has been cited as a big mistake but few could have anticipated what impact Fernandes would have had. All that Arsenal can do is look for the type of player that can provide the same end product – assists, deadly set pieces and around 20 goals per season. Sounds simple, doesn’t it?

It’s not always comfortable to look at examples set by other clubs but Arsenal clearly need to find someone that can help them get back into top four contention. While it’s fun for some to mock other teams with their empty trophy cabinets, perhaps a greater measure of success, in the modern era, is to consistently qualify for the Champions League.

Following the 1-0 home defeat to Manchester City, Mikel Arteta’s team found themselves in tenth. According to sbo.net, bookmakers in the UK list the Gunners at a distant 35/1 to finish inside that top four at the end of the campaign.

Markets will continue to adjust and they can be accessed via sbo.net at all times. Offers and promotions will be available through this site while news and opinion can help readers make an informed decision.

Arsenal have targets but it’s largely about planning for next season so who are the men who can potentially replicate the Bruno Fernandes role?

This is a fairly obvious place to start and, while Jack Grealish hasn’t yet suggested he can become a 20 goals a season midfielder, he’s a good fit for a club such as Arsenal. With good statistics in relation to assists and a deadly eye at set pieces, there’s lots of potential and a quality to suggest that he’ll get better and better.

There are two potential issues here: Firstly, Grealish has been linked with virtually every top six club in the country and the likes of Manchester United can offer instant Champions League football. Secondly, there is the feeling that he will finish the career with his hometown club as a kind of present day Matt Le Tissier.

The search for the next Bruno Fernandes is on and there is more than one obvious reason why Joelson is currently mentioned. Sharing a surname is an irrelevant starting point but this is a player who has previously been linked in a media report with a switch to the Emirates.

While the gossip columns can overstate things at times, the fact that a 17 year old is supposedly attracting interest at £41 million does make this an interesting suggestion. Born in Guinea Bissau, Joelson has represented Portugal at youth levels and is currently on the fringes of the Sporting Lisbon squad. Fast wing play and an eye for goal have also drawn comparisons with Cristiano Ronaldo.

Nothing happened in the summer of 2020 when these rumours first surfaced but this could be one to watch.

Judging by posts on social media, Arsenal fans would have mixed feelings about Christian Eriksen making a switch to the red half of North London. The former Spurs man left for Inter Milan in January 2020 but he’s endured an unhappy time at the San Siro and stories of a return to the Premier League have been in place for some time.

The player may be consigned to the subs’ bench by Inter but a stunning free kick winner in a recent Milan derby underlines his quality. During his first spell in England, Eriksen ranked highly in assists and he scored 69 goals at Tottenham.

The man who suffered most after the arrival of Bruno Fernandes at Manchester United is now impressing while on loan at West Ham. Jesse Lingard has scored three goals in his first four games for the Hammers and David Moyes’ side have now risen to fourth.

West Ham are expected to look for a permanent deal but Lingard might yet look elsewhere if he feels that another club can offer a greater chance of regular silverware.