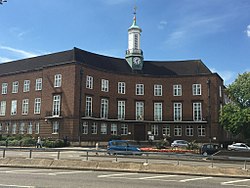 Arsenal have played Watford 32 times  in the clubs’ history, with Arsenal winning 18 and Watford 12 – a higher number than you might expect at first sight.

Watford are not a club for trophy collectors, but a club for those who live in or were brought up in the town in Hertfordshire.  Their honours list involves winning League Division Four, Division Three, and League Division 2.  Across the years they have also been FA Cup finalists twice, and runners up the Championship, and each of Divisions One, Two and Three.

Relegation for both clubs is not welcomed but is not a disaster, because they have a model based on getting back up before the solidarity payments run out.

Watford have had one brilliant spell against us between March 1986 and April 1988 in which the clubs played each other seven times with Watford winning six of the games, and Arsenal one.  Here is that extraordinary set of results….

That final game in the sequence in April 1988 was indeed weird – as Watford were heading for relegation – which is in fact what they got.  And just to see how odd that was, here is the league table at that moment.  As we can see Arsenal’s one excuse was that the results didn’t matter; we were not going to win the league and they were trying to avoid relegation.

Watford’s prime problem, as I see it looking in from the outside, is not the lack of goal scoring prowess this season (which has been a problem in recent years, with for the last five seasons the top scorer only scoring something between seven and 13 goals) but the defence.   Only three clubs have let in more than Watford so far this season, Villa, Newcastle and Norwich.

Villa of course, as we know, because so many members of the AAA have been telling us, have the best keeper in the league, whom we stupidly threw out.   The fact that he is also a man who lets in lots of goals, and goes off to South America, not abiding by all the relevant regulations during a pandemic, and then tries to come back again, perhaps explains (along with Villa’s defensive record) why we didn’t keep him but kept Leno instead.

Anyway, Watford (the town) goes back to the 12th century, and was boosted in terms of population and importance by the arrival of the Grand Junction Canal and the London and Birmingham Railway – it is not a suburb of London as one or two people like to think.

And so…  as noted above they did have a very jolly time playing us up to 1988, but since then it has not been so clever.  We have had 16 games against them since that moment in 88, in the FA Cup and Premier League.  There has been one draw, three wins for Watford and 12 Arsenal victories.

Here’s the reminder of what the last one looked like from the days when we weren’t allowed to go into the ground.   The point about this is not just that we won, but that we were 3-0 up in the first half, and then let that lead slip…

I think we need less of that.  There are, after all, older members of society in the ground.