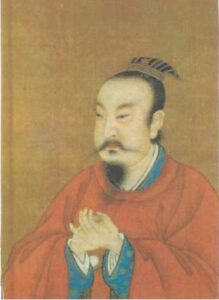 Despite Manchester City’s near invulnerability since they gained the sponsorship of middle eastern oil money, took on the Premier League into an eternally rambling on court case about finances (which it seems will simply end by the court ruling that the League is out of time), took on Uefa who lost because they were so slow and incompetent in putting their appeal before the court of arbitration in sport, and invented the notion that companies related to their main funders could become sponsors paying sponsorship rates that had no relationship with market value, Arsenal have actually beaten Manchester City many times more than they have beaten Arsenal.

But of course, many of those Arsenal victories were in the days before money, and so just to explore that sponsorship issue for a second we might ponder Ubtech, the official Humanoid robots partner of Manchester City (having a robots partner is of course utterly essential to the modern club), and JNC who apparently have been making booze of Chinese emperors since the reign of Emperor Dezong of Tang (pictured above) during the Later Tang Dynasty.  I can’t comment on the quality of the booze since no one I know has ever tasted it.

But back with the footie, we have in fact beaten them 98 times and they have beaten us 61 times.  45 games have been drawn.  And should Manchester City win the league this season and the next five seasons running (which is very likely, unless the League gets its act together and does implement a genuine Financial Fair Play set of rules) they will still only have equalled the number of league titles Arsenal have gained.

But of course we know Manchester C have a phenomenally strong squad, even with one of them being held in prison on suspicion of a series of rape charges.

In April 2017 we beat Manchester City in the FA Cup at the end of a run of eight games against them in which we had just one defeat.  But since then it has been a difficult time for Arsenal against Sheikh Mansour and his money as the chart shows…

As we have already noted they are above us in the full league table, the last ten games table and the last six games table, and the one sniff of something going our way is when we compare their away record this season with our home record.

After winning promotion to the Premier League in 2002  Manchester City had a series of seven seasons in which they came 8th, 9th (twice), 10th, 14th, 15th and 16th.  In four of those seasons their top scorer got 11 goals or fewer, and the only reason the first two seasons in that run were better was because they had the ex-Arsenal man Nic Anelka who knocked in 24 in 2003/4 (although they still only came 16th).

Then the oil money started doing its business and since then they have won the Premier League four times, come second three times, third once and fourth once.  Four the last four seasons their top scorer has knocked in over 30 goals which is pretty impressive.

This contrasts with Arsenal’s decline in recent years.  2015/16 was the last time we finished in the top four (coming second that season) and have since had two finishes in fifth, one in sixth and two in eighth, plus a couple of FA Cup wins.

Manchester City are however finding it a trifle difficult to match our three domestic League and FA Cup doubles, having only managed it the once, in 2019.

Arsenal v Manchester City: are injuries related to the level of tackling?

One Reply to “Arsenal v Manchester City: the head to heads and historical comparisons”