Arsène Wenger used to sell cigarettes in his younger days.

That has been presented as a new revelation in some of the papers, but really is a tale he’s told before – Mr Wenger likes to emphasise the fact that he came from a fairly basic background with no special privileges.

And yes he used to smoke – the great amazing incredible picture of him smoking that has circulated is nothing particularly new either.

He was born in 1949, so he grew up in a world where smoking was normal, where you saw cigarettes everywhere, where they were advertised on TV…. 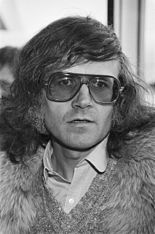 Is that really our Arsene?  Apparently so.

Actually no, I can’t believe it.

So he was surrounded by smoke.  And as he said recently, “The other day I was on French television, they showed me on the bench smoking a cigarette. I didn’t even think it was me!” As he said, it was to relieve the stress.

So the press has made the smoking incidents of Jack Wilshere and Szczesny a BIG THING.  Which tells you pretty much all you need to know about what is happening in football at the moment.

There should be a lot (it is transfer door time after all) but not much that is being foretold is real, because something around 98% of the transfer rumours run on the blogs and in the papers will be shown to be untrue come the moment when journalists once more find it is impossible to work out an alternative phrase to “the transfer window slammed shut”.

Now in any sort of moderately sane society this would stop people from getting really worked up about transfer rumours, but not in English football.  Just take a look at Goonernews and you’ll see rumour after rumour after…

There will be a little pause tomorrow for the game, and then off we go again.

What’s interesting, to me, if no one else, is that in the midst of all this, a handful of Manchester C fans find it quite inexplicable that a web site which carries the banner “Football news from an Arsenal perspective” might carry a Manchester C story.  They seem to get so angry at the fact that we dare to comment on the wider world of football.

I wonder what it is about Manchester C that has made this happen.  I mean, when we do articles about anyone else (from Tottenham to Rangers) we get comments from fans of those clubs, but although there is some abuse because we are Arsenal supporters, there are also some positive comments about what we’ve said.  With Manchester C (and to a certain degree with Liverpool) we get sheer anger that we have actually commented.

Here’s another one.  Normally at this time of year (or maybe every other year) I get worked up about the Africa Cup of Nations and all the players we will lose.  But not this year.  This year the Africa Cup is running at the same time as the Asia Cup and we seem clear all round.  Here are some of the clubs that will be affected.

Rather a relief.  Just as we are getting our players back we don’t really want to lose them again.

Anyway, moving on, as I said above, only 2% of transfer stories are true.  So here is a list.  One, at most might be true.  But which one?

Arsenal and Manchester United are considering a move for Surez (even though Barcelona can’t actually buy anyone because their youth academy has been shown to be based on illegal deals).

Krystian Bielik has confirmed he’s accepted a transfer to Arsenal, and is just waiting on the club to agree a fee with Legia Warsaw.

Arsenal are preparing an incredible £64m move for Real Madrid star Isco.  Mr Wenger has denied this, but what does he know?

Arsenal are still “ready to fight” with Tottenham in order to buy Morgan Schneiderlin.

Arsenal have put in a bid for Winston Reid

Remi Garde, Arsenal’s old boy, is on the short list for the Newcastle manager’s job.

Arsenal, Liverpool and Manchester City are getting ready to buy Mario Mandzukic.

Arsenal are interested in Lewis Cook of Leeds, but Leeds have offered him a new contract.

That’s 13 rumours.  If we can find another 37  then on the basis of the 2% is true theory, we’ll have got one of them right.  Any suggestions?