As the only remaining chance of silverware this season for Arsenal, it goes without saying that the Europa League semi-final tie against Atletico Madrid will be absolutely crucial. For Arsene Wenger and the team, these are two games that might completely change how the 2017-18 campaign is viewed. Of the three possible opponents in the draw, the Spanish side managed by Diego Simeone is arguably the one that nobody wanted, even though they’ve already been beaten by English opponents in Europe this season.

Back in September 2017 in the group stages of the Champions League, the first ever European encounter for Atletico Madrid at their magnificent new Wanda Metropolitano stadium ended in defeat, as Chelsea left the Spanish capital with a 1-2 victory. In the second Group C encounter between the two sides in December 2017, the Spaniards were held to a 1-1 draw and eliminated from the competition. 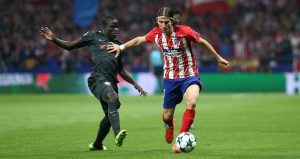 Undoubtedly, Atletico have since fared much better in the Europa League than what was ultimately a disappointing Champions League campaign, and akin to Arsenal, the competition will provide the Spanish side with their only opportunity for silverware this season. Unable to close the gap on La Liga leaders Barcelona, further frustration for Atletico came when they lost both matches of the Copa del Rey semi-final tie with Sevilla.

Atletico are at least already guaranteed Champions League football next season, thanks to a gap of almost twenty points between themselves in second and the teams jostling for fifth position in La Liga. By comparison, only by winning the Europa League will Arsenal gain their passage to the elite European competition, having fallen away from the chase to finish amongst the Premier League top four.

In January 2018 Arsenal became the first top flight football team in the world to actively promote cryptocurrency gambling, showing the club is still one of the leading pioneers commercially in the digital age, announcing their partnership with an American company focused on iGaming sites and apps. Cryptocurrencies such as Bitcoin are growing in popularity and when it comes to online betting markets, BTC is a growing currency of choice for sports fans placing wagers on football matches.

Arsenal fans who like a flutter will no doubt be keeping a keen eye on the odds, ahead of the two encounters with Atletico Madrid, although most of the leading bookmakers are favouring the Spanish side to qualify for the final. Nevertheless, it’s not the first time the Gunners have found the odds stacked against them and a strong first leg will be vital, with many sportsbooks favouring a positive result at the Emirates, but a potentially very difficult return leg away at the Wanda Metropolitano. 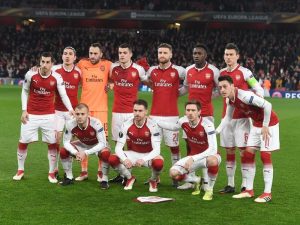 “We would certainly want to avoid Atletico Madrid,” said Wenger, following the excellent 5-1 aggregate win over AC Milan put his team one step closer towards reaching the final, but as fate would have it, that’s exactly the pairing the Europa League semi-final draw produced. However, rather than being particularly fearful of the Spanish side, it was a simple acknowledgement that Atletico are by far the strongest rival they could have faced.

But how does Atletico boss Simeone view the tie? Well, he’s certainly not underestimating what Arsenal are capable of. “With their history they are a very strong rival,” he underlined after the draw. His subsequent comment was also a reflection of how tight the odds are amongst the bookmakers. “We know English football and at home they are very strong. It is a 50-50,” he concluded.

Throughout the 2017-18 campaign, Arsenal have been one of the strongest home sides in the Premier League, earning only two points fewer at the Emirates than champions Manchester City have at the Etihad. However, nobody can dispute the fact that the Gunners have been woeful on the road in the league, having registered three points on just three occasions, which is underlined by a five consecutive away league defeats in 2018.

For many of the media pundits happy to jump on the negative bandwagon surrounding Arsenal’s season, including former midfielder Ray Parlour, Wenger’s team aren’t expected to overcome the Europa League obstacle presented by Atletico Madrid. Interestingly, it seems none of them have bothered to consider Arsenal’s positive home results in the Premier League, their solid progress in the European competition this season, or even the run to the League Cup final, despite the disappointing outcome against Manchester City in the end. 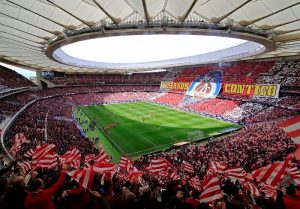 There’s been a lot of focus on statistics such as Atletico remaining unbeaten at home in La Liga this season, or their run of not having conceded a single goal in seven consecutive league games at the Wanda Metropolitano in 2018, but statistics don’t always show the bigger picture. Simeone’s side have also struggled on the road of late in the league, and their form away from home in cup competitions is hardly the most impressive.

Arsenal will of course need to knuckle down and produce one of their best displays of the season, when the whistle starts the first leg game on 26th April, because a positive result at the Emirates will be vital towards reaching the final. It’s also worth remembering that this isn’t the Premier League, so regardless of Atletico’s home statistics, these are two unique cup games and the Gunners can also head to the Spanish capital confident of finishing the job there.

Aside from the blips against FC Cologne away and at home against Oestersunds FK, but with progress already assured in both cases, Arsenal have by far been the strongest team in the Europa League this season. Atletico Madrid must be respected, for sure, but they absolutely shouldn’t be feared.