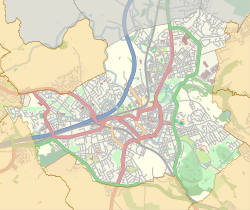 As we have noted a number of times, getting into the Europa League next season isn’t just about Arsenal winning games, it is about the clutch of teams above us doing less well than they have been.

So I thought I’d have a little look at just how this is going, in terms of the last 12 games.  12 is a big enough number of games to give a genuine idea of how form is looking at the moment, as it is large enough to ignore minor hiccups and occasional oddities, but still gives an indicator of how the future might look.  12 also generally includes games against several other teams in the upper echelons and so again gives a better overall view than the more common “last six” review.

And indeed this is rather encouraging because if we do just look at the last 12 games Arsenal are the third most successful club in the league.

Now the point is that to get up to sixth and so into Europe again we need, between now and the end of the season, consistently to do better than four out Everton, West Ham, Liverpool, Tottenham and Aston Villa.  So yes on the basis of the last 12 games we are indeed doing that – only West Ham in the list of clubs above us have been doing better than we have.

Becoming a bit more specific for the forthcoming game against Burnley, and looking at Burnley’s recent results at home and Arsenal’s recent form away we find this…

Arsenal’s away form compared to others

Burnley’s home form is nowhere near as impressive as our away form in the last six games.  In fact if one constructs a table of home form across the last six matches only, Burnley are lying in 13th place, with one win, four draws and one defeat.  Six goals scored and seven conceded.

So these tables over time suggest that Arsenal, while far from being at Manchester City’s level are in fact at a decent enough level to think that the climb to sixth is still worth contemplating, although of course far from ensured.

This shows only a small difference between the two clubs when we take in the whole season.  Arsenal have two more points away than Burnley do at home, and in this abbreviated table have a game in hand.

But the clue that there is an overall difference between the two, even when considering the whole season rather than just the last six comes with the goals.  We have scored around two thirds more goals than Burnley and conceded fewer.

So I take heart from this little analysis, especially with regards to the last 12 games – I had no idea that across the (roughly) second half of the games so far played we had been doing so much better than before.

There is also the little point that in the last five games, including the League and the Europa, we have scored 11 goals.  Not an utter sensation I grant, but given our difficulties earlier in  the season, it suggests that we are finding the way once again.  Especially as one of those last five was against the all conquering Manchester Money.

In fact Man C’s win over us by 1-0, was the only time in their last nine games that they failed to score more than one goal.

Maybe, just maybe, we are having an upturn that is good enough to project us above the likes of Villa, Tottenham and Liverpool.  The final push into sixth however could be more difficult.  I’ll come back to that another time, if the result this weekend proves satisfactory.   If we don’t win this one I rather suspect I might be forced to go into hiding.