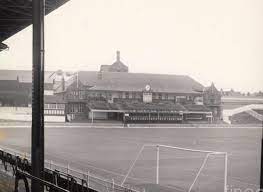 According to WhoScored our injury list is pretty much as expected.  David Luiz and Kieran Tierney are both out and Martin Odebaard is a doubt.

Physioroom rates them as having seven players out, and although several clubs also has seven no one has more, so they are top of the injury league – which is probably not something to aspire to.

Arsenal’s three outs (well, two and a doubt) means that only Chelsea (one man out) and Manchester City (two out) are better off than we are.

However Whoscored also tell us that, “Sheffield United are following concussion protocols but hope to have George Baldock and Jayden Bogle available…. The absence of both would give them a serious problem at right wing-back.”

They also suggest that Ethan Ampadu should return to the XI here.  Ethan is on loan from Chelsea and is the son of Kwame who of course played for us, if you remember.

Anyway, we can expect Granit Xhaka, Bukayo Saka and Emile Smith Rowe all to be fit and it is possible that since any thought of getting into Europe via a league position went with the last defeat, some players who could see us through on Thursday is liable to be rested.

Which could mean that Pierre-Emerick Aubameyang was just a substitute on Thursday could be recalled against Sheffield United but might or might not be a starter in the Europa.

Sheffield United have let in 15 goals in the last seven games – so we ought to have a chance of knocking in two.  They have scored two in those same games, so 2-0 might be a better prediction than the 2-1 I came up with in the previous post.

and now here is the top of the championship table

As you will see (if you didn’t already know, and you probably did) the two bottom teams from last season are striding away and looking very likely to rise back up again.  Bournemouth might well make the play off for the third place.

Now what do we make of this?

The obvious point is that Norwich did not do a Villa and spend vast sums just on staying up.  They spent hardly anything.  In fact in 2020/1 they actually made a profit on their transfer trading, and did so almost certainly knowing that they were going to be going up and down like a yoyo.

And this makes sense because of the warped way payments work.  Norwich had one season of Premier League money, and yet this is what they got in 2019/20 in terms of Premier League payout – in the year of their relegation they were given £94.5m by the League.   Which compares with £7.1m in 2018/19 in their Championship season.

So rather than spend all of it (as for example Aston Villa seemed to do when they came up) just on staying in the league, they put it in the bank, and made sure they could spend whatever was needed to come up again, knowing that in their league back in the Championship they would get the solidarity payment.  Not as much as the money earned from being in the Premier League, but still a hefty whack.

It is an interesting approach, and although fans of bigger clubs like Villa might rise up like a load of, well Villein (medieval peasants when written with that spelling) if they tried the idea it makes sense for clubs that earn lower incomes.

In 2019/20 Sheffield United spent around £133m on transfers.  In 2020/1 they spent another £56m.  I wonder if they feel they have had value for money from this season.  And indeed wonder what they will do with those expensive players when they can’t afford their premier league salaries next season.

Here’s the current foot of the table:

2 Replies to “Sheffield United v Arsenal; the line up; injuries and the zero spend technique”