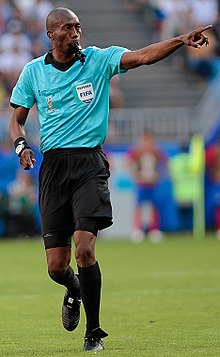 When I started the articles this season that compared tackles, fouls, yellow cards and penalties between the clubs I wasn’t sure what I was going to find.  And it has taken a while to work out what is going on, but I think we’re getting there, and I think it is weird.

The fact is that many teams have adopted a “style of play” which it appears referees come to expect, and then adjust to.  Through  this process referees adjust to how they referee each club.

The realisation that this is what is going on came from the understanding that when a partisan crowd is present referees act differently towards the home team as compared with the away team.  That fact is now well established through clear evidence shown through a comparison of games with and without crowds.

Now it seems we can go further, as in these examples…

What do Southampton and Leeds United have in common?

They both tackle a lot.  They each have made 64% more tackles than Arsenal.

But curiously both Southampton and Leeds have to commit many more tackles than other clubs before they get called out by the referee for a foul.  How do they manage that?

What is the difference between Liverpool and virtually every other club?

While most most teams need to commit just six or seven tackles to bring a yellow card, Liverpool won’t get a yellow card on average until they have committed over ten such tackles.  That is well more than twice the number than Wolverhampton (for example) have to commit.

What is the different between Leicester and virtually every other team?

They get a penalty every 1.7 games.  Better still they have only conceded one penalty this season.

In fact Leicester have been granted 10 penalties this season out of 67 awarded while the average number of penalties among  the 19 other teams is three. It suggests that by the end of the season they will have an all time record.

Combine this with the fact that Leicester can commit 1.72 tackles per foul given against them (a figure only exceed by Leeds) and it shows they have evolved their own way of playing, and the referees are happy with it.

In fact, if we look at the top six clubs in the league.  Each of these clubs has sought to exploit one element of the game to their advantage – with the referees happy to go along with it…

What in fact we have got is a league in which a number of teams have evolved their own unique style of play, which seems to give referees a feeling about the team, which the club is then allowed to exploit.  For example, the feeling is Liverpool don’t commit nasty fouls, so they don’t get yellow cards.

Indeed we have seen this before – with the fact of home advantage when there is a crowd present.  That advantage disappeared when crowds were banned.  And research (discussed here at great length in previous articles) has shown just how much referees were influenced by the crowds.

It is a complex picture, and one that is likely to be decried by sneering, and suggestions that one is seeking an excuse.  But the simple fact is that virtually all the teams that are doing well, are doing it by taking one of the attributes in this chart to an extreme level.  I’ve highlighted a few of them in red.

There is also another pattern that has emerged here and that is fouls against a team.  It is not a factor that I’ve been including in this chart week by week, but I’ll look at it in the next article, and the results are interesting.

But let me conclude this part is a general point.  What the successful clubs are doing is not breaking the rules, but instead giving referees a distorted view of the game, by taking an element of the game to excess.

2 Replies to “How clubs manipulate referees through their tactics”