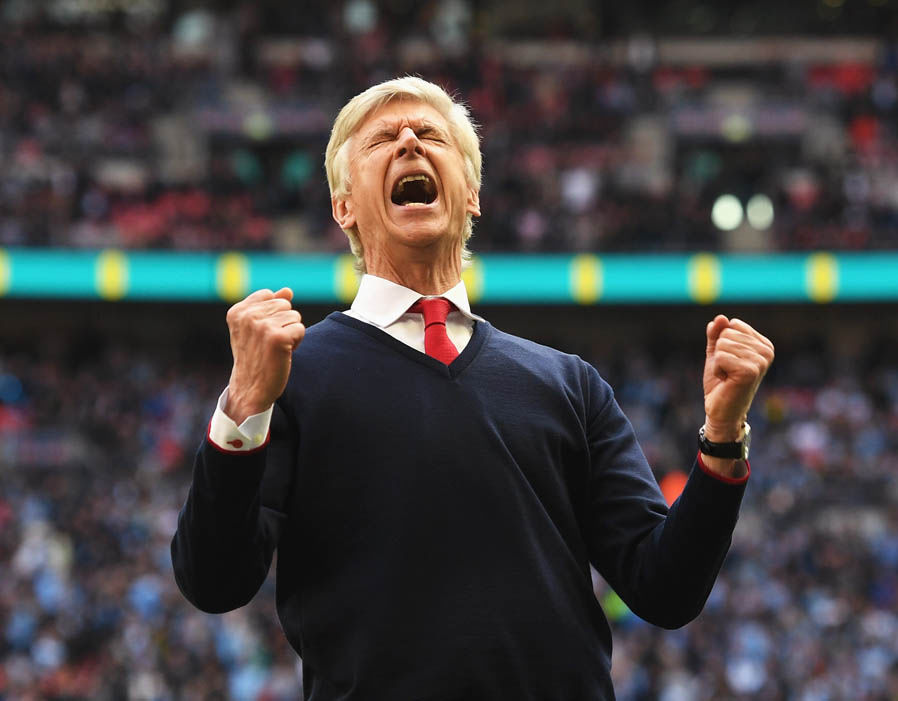 If there is one great benefit to Arsene Wenger’s proposal that there should be a world cup every two years it is that it has forced some serious re-thinking.

Of course most of the comments that have been made are little more than a simplistic denunciations, saying, “it’s impossible” or “it’s ludicrous”.  And not surprisingly such statements haven’t actually helped give us a deeper understanding of what the proposals will mean in practice.

As a result all that has happened is that the average run of the mill commentator has ended up telling us why the current system is so good.

And that is interesting, for it is probably the first time anyone has had to justify the status quo created by Fifa.   Players get injured, vast amounts of travelling goes on, global warming is enhanced, players are unavailable for club training, the regional international series and the World Cup matches bump into each other, there is widespread belief that the voting process that gave the world cup to Qatar was rigged, the next world cup will be held in ludicrously high temperatures…

In short, by proposing a radical change to the current system Mr Wenger might have hoped that he could move the debate on a little, as more features affecting the whole of football are brought into the discussion.

And so, with seemingly no one bothering to look, let’s see what Wenger’s new approach to world football would actually give us.

First it would mean Internationals being played during a set time, tournament style rather than spread out over weeks and weeks, a match here a match there with long trips around the continent every six weeks.

Those players not selected for their country, (or refusing to play for their country perhaps because of the way their football association refuses to question the issue of playing in stadia built in part by slave labour), could have a recovery break.

Those supporters who have no interest in internationals, can take their family on holiday, undisturbed by thoughts of what their team is up to.

And the players and supporters who like international tournaments can watch in person or on TV.

But would football suffer?  It is hard to see how it could suffer any more than it has of late with the chaos concerning the Argentina / Brazil game.  For there we had players attempting to avoid quarantine by skipping from country to country as if this were a board game being played out, rather than a matter of keeping a fast spreading virus under control.

And this is the key point, for what Arsene Wenger’s proposals do have at their core: the notion of challenging the status quo.

At the moment, the status quo is very comfortable for those clubs that have risen to the top and have massive fortunes built legal and illegally out of European football.

But the status quo never remains forever.  Football is the dominant sport of the world for the moment, but that does not mean that the way it is organised now is the right way for it to be organised.  Nor does it mean that matters will stay this way.

Especially as at this moment, more than anything, when there is a complete financial crisis in most of football which could lead to consequences the likes of which we have never seen before.

For the bi-annual World Cup would do one thing more than anything else – it would reaffirm football’s position as the constant dominant sport in the world.  TV would be unable to ignore it, and Fifa’s dominance would be secure.

And as experience shows that where a radical proposal is put forward, but is then rejected, life doesn’t stay the same.  The seeds of change are sown by the expression of the notion that an alternative is possible.

Thus what we can say is that Mr Wenger’s proposal has put the wheels of change in motion.  We may not end up with his bi-annual world cup being accepted, but we also have to remember that quite possibly that was never his idea.

But the notion has been put forward.   There are other ways of doing this and it is more than likely that in the very near future, someone else is going to say, “I don’t like Wenger’s plan, but we certainly can’t go on as we are.   Why don’t we….”

After all, as football has found over the years, retaining the status quo can’t go on forever.

2 Replies to “A Football World Cup every two years: why not?”