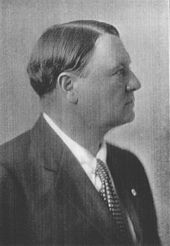 “Scoop” recently wrote a comment on this blog relating to our regular pieces on what some of us consider to be wholly misleading articles in the media about football.

Scoop expressed the opinion, which is often heard here, that “calling it out here is not going to change anything at all, and all you’re doing is shouting into an echo chamber.”

So I thought I would write a little article and explain why I keep writing and publishing along these lines.  Then at least when the issue arises I can simply point to this article.  The picture incidentally is of the founder of the Daily Mirror.

Why write articles pointing out that the media is biased and misleading when it comes to football?

The comment was also made that “it’s really easy to filter out all the rubbish in the press if you don’t want to read/watch it.”

But the Mirror and other media do keep publishing this material, and if no one read it, they most certainly wouldn’t.  I run three blogs, and have helped many companies set up their blogs and raise their audiences, and I know a lot of the tricks used.   I know what the Mirror etc are up to and I am trying to make people more alert rather than saying “you can avoid it if you want.”   That’s a bit like saying, you can stop drinking too much alcohol if you want.  The world isn’t like that.

Thus when our correspondent wrote, “Anyone who believes that what they read in the Mirror is anything even close to “important news” is a cretin and not worth worrying about,” I disagree.  I am absolutely not a Christian, but I do share the view that all people are worth worrying about.

So I am going to go back to point 1 above – that the technique used in the football media is incredibly successful.  And writing about that is, I believe, helpful, because the technique (known to psychologists as “gaslighting” is used widely by the media and by individuals, and the more people know of that technique the better it is.

Quite simply gaslighting is a technique that stops people thinking about one subject, by getting them to think about another.   It is used throughout our society by bullying husbands (and to a degree, but a lesser degree, wives), it is used by politicians, business people, and journalists.

I’ve written about it quite a lot on this site, and if you are not familiar with the concept, or want to see how gaslighting is used in order to stop us thinking about refereeing in the Premier League in a critical way, you might find it of interest.   The series begins with  Are the referees and the media really out to get Arsenal, or am I just imagining it? and there is a link to the whole series at the top of that article.

You might also be interested in articles such as “What the opening game means”.  Another was “When it comes to commentating on Arsenal…”

I’ll come back to this topic shortly, but I’ll highlight each episode because if you don’t want to read about how the media is trying to manipulate how you think, even when you are certain you are immune (as almost everyone does), you’ll want to avoid it.

And endlessly the people who say privately, “I never really understood before”

8 Replies to “Why do we keep pointing out the errors of what media says when everyone knows?”