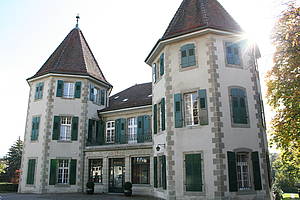 In the last article Have Uefa and CAS finally had enough of club trickery in avoiding FFP? I reported on the way that Uefa and the Court of Arbitration in Sport seem to have had enough of the way Manchester City are using the rules in order to escape punishment in the area of football finances.

And when it turns out that rules can be used to avoid a fair number of situations that the football authorities consider worthy of investigation, then obviously the situation needs investigation.

And thus it is interesting that just at the moment that Uefa and the Court for Arbitration in Sport are appearing to up their game and further restrict the arguments Manchester City can use either in their defence or use to avoid having to answer charges at all, the CAS has been busy agreeing with Arsenal in a case against Arsenal brought by Fifa.

This particular case concerns the use of sell-on clauses in transfers.   Fifa won a case against Arsenal in its own court (Fifa prosecutor and judge, with no jury), regarding the use of sell-on clauses in several transfers, and duly slapped a £34,000 fine in July 2020.  Arsenal has taken the case on appeal to the Court of Arbitration for Sport, and won.

The case centred on the claim that Arsenal habitually added sell-on clauses to transfers through which Arsenal sought to influence the performance of other clubs.  Fifa argued that not only did this influence how the clubs that took Arsenal players behaved but that also Arsenal had failed to declare these terms to the official body known as the Transfer Matching System, which Fifa said they should have done – even though they’ve no warned other clubs about this.

The first case concerns Chuba Akpom who after a series of loans from Arsenal signed for PAOK in 2018 and played 54 games for them until 2020 when he went to Middesbrough, where after one more season he went back to PAOK on loan (making five appearances so far).

The argument thus was that through this arrangement PAOK were influenced by Arsenal in that they were encouraged not to sell him to an English club.

The same argument was made with Joel Campbell, another multiple loan player who went to Frosinone an Italian club.   Here the argument was that Arsenal would get a fee for the player moving on, and this again would rise if the player moved to an English club.

Arsenal replied to the allegations from Fifa by saying that there was never any effective influence because the fees involved were so small, and that the clause was in there to cover the fact that Arsenal had given the players experience of the English way of playing football, which would be of use if the players came back to England.  That experience would make them more valuable, and was down to Arsenal – hence the need for compensation.

However much more to the point, and this is really the crux of the matter, Arsenal also pointed out that many other clubs had similar clauses in their contracts when they sold players, but none of them had been singled out in this way.

The Court of Arbitration for Sport agreed, noting that “based on the wording of the sell-on clauses and the circumstances of these particular transfers, the Panel on a balance of probabilities is not convinced that Arsenal, when entering into [the contracts], acquired the ability to materially influence the other Clubs in employment and transfer-related matters, their policies or the performance of their teams.

“Moreover, and even if such influence was to be considered acquired when signing the respective contracts, quod non, the Panel finds, in these two transfers, that such influence did not reach the required threshold to potentially unduly limit the independence of the Clubs.”

Quod non, to save you reaching for the handy Latin English dictionary, means “which it is not”.  It is put in so that if Fifa wanted to argue back, the court is saying, “we didn’t have to take this into account because there wasn’t a case to answer”.

6 Replies to “Here’s a turn up: CAS are supporting Arsenal against Fifa”