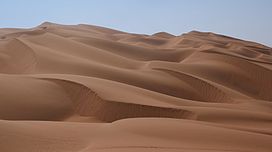 We now have just over a quarter of the games of the league season gone, and we’ve moved up to sixth, but how does that compare with recent past seasons?  And come to that what does that say about being on track to regain our so much derided regular fourth spot?

This table shows where we have been after ten games in the past eight seasons and where we ended up.   And it shows our points per game (PPG) after ten games – to give us something to compare with in subsequent tables.

Obviously, at this moment we are five points better off than we were last season after ten games.  But there’s something particularly interesting in the figures below that showing earlier seasons.

As things stand we are still paying the price for those opening three games in which the side was ravaged by injury and adjustments, but even so, if we simply compare Arsenal at this point with the same situation after ten games last season, there is significant progress.

I would also take note of the fact (off-quoted by me on this site, I must admit) that last season after a dreadful first third of the season (in which our defence was learning to play without tackling) we then had a brilliant last two-thirds of the season.

Now that run of the last two-thirds of last season generated on its own a table that showed this, at the end of the season…

During that run of 24 games we got a points per game average of 1.96 points.  This season we are running at 1.70 points per game.  So we are not back to that level yet.

But if we now update the league table based on the last six games (which are surely the most relevant, since the early games of this season were the ones where our new defenders were still learning the new system) what we find is…

Now if this just seems like me endlessly throwing numbers around, please stay with me one more moment because there is something really interesting here.

What we can see from each of these tables taken across different periods, is that by and large a rate of 1.70 points per game is enough to get to sixth place and thus a place in Europe.

Somewhere around 2.20 points per game through the season normally gets a fourth place.

2.50 points per game is the target for a club seeking to win the league.

Of course these are rough and ready numbers and 2.20 points per game has given us both a second place and a fifth place – but that is clearly our target at the moment.

We have not been running at 2.20 points per game so far this season (it is 1.70, dragged down by that opening to the season).  But across the last six games we have been running at 2.33 points per game which is the level we need for a top four finish.   And as the Anti-Arsenal Arsenal so endlessly and boringly said for years and years, “fourth is not a trophy.”   But I’d certainly take fourth this season as a step in the right direction.

This season overall we have not quite been running at the level of the last two thirds of last season, when we did rather well – probably because of the number of new players in the team.

But across this season as a whole, so far, we have been running at a level that is normally good enough to get us back into the top six – and maybe even the top four.

And better still, if we just measure the last six games we should certainly be ending up in the top four.

Of course, if Newcastle spend as much as they anticipate by having Rub’ al-Khali Sand Desert Corporation named as the Official Desert Sponsor of Newcastle United then we might struggle to keep up with them, but if the Premier League finally get themselves together and limit nonsense sponsorship once and for all, we could be fourth, and that could be our springboard.