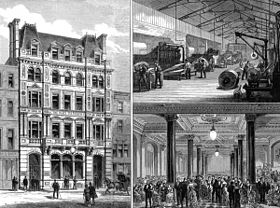 I’ll start with the recent World Cup news; after that there is the latest media attempt to denigrate Arsenal.

So, the story that you won’t find covered in the English media (due to its endless desire to kowtow to Qatar and the FA): Qatar’s World Cup Committee, so ably and willingly supported by the English FA, is threatening court action against Josimar, the Danish publication that has been revealing human rights abuses in Qatar in relation to the building of the World Cup stadia.

For the English media nothing must get in the way of a successful media campaign ahead of the world cup, with the BBC and ITV, plus the newspapers, having invested heavily in the competition.

I’m just getting all the information I can together (which takes a little time since none of it appears in the English media), but for now I’ll focus on the increasingly bizarre Daily Telegraph which has done an even weirder piece than normal on the “DNA” of Premier League clubs (as a way of distracting from the news they won’t cover.)

Of course all clubs change over time, through changing the ownership, the directors, and the club manager, which is a bit like DNA which mutates through the generations.  But this article suggests DNA is fixed and eternal which is just plain wrong.

Their point is, Arsenal has an identity crisis because fans were “traumatised by the drift of later Wenger” and poor, pathetic easily led fans would “re-embrace George Graham football if it meant getting back into the Champions League.”   This “identity crisis” then “explains the febrile mood of their noisy online fanbase during every bad run of form.”

Now there are a few problems here, not least of which is that football journalism in England moves en masse, as we can see by its failure to engage in the discussion about the fact that Arteta cut Arsenal’s yellow card total in half between one season and the next, or the fact that PGMO regularly gives Arsenal matches to referees who have previously waved a lot of yellow cards at Arsenal players, while not re-engaging referees who don’t.

Of Arteta they say he “has Arsenal connection in common with Graham if not Wenger or Herbert Chapman. Doing well, but not really dispelling the sense that the club has an enduring lack of leadership.”

Now I would say that is the reverse of the truth.  What Wenger and Chapman both brought to Arsenal was leadership and a revolutionary approach – Wenger with his importation of unknown European players such as Vieira and Henry, Chapman with his tactical invention following the change in the offside rule.  Sadly Chapman’s revolution is regularly denigrated into the journalistic simplicity of “three at the back”, whereas it actually involved a defender who could pass quickly to a midfielder who could pass quickly to a winger – a fast and accurate move from defence, totally different from the standard “back to the keeper who lumps it up the field” approach of his day.

But let’s consider George Graham as Arsenal manager.  His time is often described as a period where defences were all that mattered – but in fact the period under Graham was very varied.  The number of goals scored in the league varied between 40 goals, through four seasons in which we got around 50, and three seasons in which we got between 73 and 81.  Six times in eight years we had a leading scorer who got 24+ goals, but also once our leading scorer got just 13.

Now that lack of knowledge by the writer tells us a lot about the way journalists report Arsenal – they seize on an attribute they imagine, agree it between themselves by reading each other’s articles, and then endlessly pump out the stories that are set up to bolster that image. George Graham – Arsenal defensive.

This “supposed DNA” and “current DNA” invented by the Telegraph, and in which they are suggesting Arsenal supporters have some sort of unified vision which they follow like sheep, is mindless tripe.

As for the section on “Current managerial suitability” Gibbs writes

“Suitably cosmopolitan, has Arsenal connection in common with Graham if not Wenger or Herbert Chapman. Doing well, but not really dispelling the sense that the club has an enduring lack of leadership.”

Really?  Because last season we had the third best defence last season? (something the Telegraph never managed to notice).  And “lack of leadership”, during a spell in which Arteta became the first manager to tackle PGMO head on with his tactical change that cut our yellow card rate from being the highest to the lowest in one season?  This has been right up there with the most daring tactical moves of Wenger and Chapman.

As for the issue that we are all about defence and not attack – just consider the last six games played.  In that period we are the fourth top scoring team in the league.  But for these journalists – why go for facts when you can make it all up.

It is not that this piece is a bit wrong – it is so utterly, totally and comprehensibly wrong, one starts to wonder why it was written, and then why it was published.  Most likely there was a space and so Thom Gibbs, senior sports writer, just made stuff up, just like Amy Lawrence in August 2016, writing “Only Giroud and Sánchez managed double figures [for Arsenal] in the Premier League last season.”

An utterly misleading statement for which I hope she has been eternally ashamed.

There are many people who criticise this approach of Untold of holding journalists to account – but I continue to think it is necessary.   They are, sadly, opinion formers, but their opinions are just that.  Facts and accuracy have nothing to do with it.  Ask Thom Gibbs.