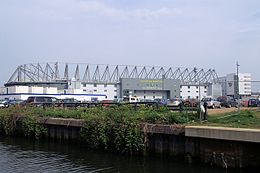 So here we go again with an away match to Norwich on Boxing Day at 3pm and little public transport to get there.  It is a game which is not being shown on TV at all, which by and large is not very helpful to everyone not a member of the away supporters club.

But at least we can try and look forward to the game in the normal way.  A 3pm kick off!  Now there’s a thing!!

Since 2004/5 Norwich City have spent six seasons in the Premier League – the current season makes it seven.  During this spell they have had six promotions (one from the third tier up to the second) and five relegations.  Unless matters improve, this season will mean another relegation for them.  All of which means that the solidarity bonuses received after each relegation are a major part of their income.

Games in hand make it difficult to distinguish who is in the deepest mire, although the Norwich goal difference of minus 26 is the worst in the league.  But Burnley have two games in hand and Newcastle have two trillion pounds in the bank, so that still leaves Norwich in the mire.

So yes, Norwich have improved of late, but from a very poor base and they are still conceding 1.8 goals a game in the last ten while scoring 0.6 per game.  Arsenal as you can see are in third with a goal difference 21 goals better than Norwich.

To see how this works out when allowing for the fact that Norwich are at home and Arsenal away we can take a peek at the regular home/away chart – still (as far as I know) only reported on Untold, which means it is either a load of turnips or everyone else thinks it is too complicated for their readership to comprehend.  Personally I think it is a helpful indicator.

This does reduce the gap between the sides considerably although does still leave Arsenal with the advantage.

Arsenal however have had something of a lift up

So a defeat to Arsenal without scoring would make it three games in a row at home without a goal going in.  In fact Norwich’s two wins in the league this season have both been with 2-1 score lines.

Thus the overall home and away records and the recent scorelines all conspire to suggest an Arsenal win – which is when overconfidence can set in.  Although watching Mr Arteta on the touchline the last thing he seems to exude is overconfidence.

One final thought: the reverse fixture of this match came with the two clubs in the bottom two positions in the league, Arsenal and Norwich both having lost their opening three games.  Here is how things stood then.

There was an orchestrated campaign gong on from the AAA to get the manager removed.  I wonder if any of the people involved in that campaign have apologised?