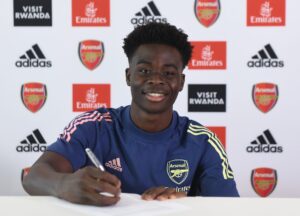 The results of course tells us all about where Arsenal are… five straight wins scoring 19 goals and conceding two.

Which is actually rather fine.  OK we have not been playing the top four of last season, but a lot of pundits were talking up West Ham for this season

Level on points with Manchester City and just a win behind Chelsea, West Ham were really pushing ahead building on their sixth-place finish in 2020/21.  At least according to the media.

Since then West Ham have played eight domestic games – seven in the league one in the league cup.   Of these they have won just one.  Two have been drawn, and the remaining five have been lost.   As a result they are now sixth, seven points behind Arsenal with a worse goal difference and one game in hand

Arsenal on the other hand are now on a run of five wins in a row.

The West Ham Anomaly as it is now called (by me if no one else), is not the only oddity in this rather odd season.  Take Tottenham Hotspur for example.  Tottenham have been, by and large, just playing at home.

This really is rather curious, and I can’t recall having seen such a run of home bias in the fixtures played since we started running Untold 14 years ago.

And there is a point in this observation because Tottenham’s away form has not been as good as they might like, putting them in 13th in a table based on away games only.  And those missing away games are of course the games they have to catch up.

The table just based on away games shows us just how extraordinary Tottenham’s season has been.  The thing they can’t win is away games, so they have managed to avoid playing away games on several occasions, playing home games instead.

So seeing the above data it is no real surprise that of Tottenham’s next four league games, three are away: Southampton, Watford and Chelsea with just a home league game against Arsenal in between.  Plus of course the home and away league cup games against Chelsea.

Now there is a point in this little ramble of mine in that when we look at the league table with Arsenal in fourth, we have to note that Tottenham and Manchester United have multiple games in hand.

Tottenham have three games in hand which if all were won would take them to 38 points, three points ahead of Arsenal. Even two wins and a draw would also take them into fourth.  So what are their up and coming games?

Away Tottenham get an average of 1.17 points per game.  As opposed to 2.22 points at home.  And two of Tottenham’s next three games are away – true against weaker opposition, but still away.  That would give them on the performance so far four or five points leaving them on 34 points, still behind Arsenal.

Manchester United are further behind – and would indeed need three straight wins in the league in those missing games to overtake Arsenal.  This looks like a greater threat than Tottenham as Manchester United have indeed just won three games in a row.  But each one was just by one goal.  They might just do it, but a single point dropped will keep Arsenal’s fourth-place secure.

And here’s another interesting factor.   We have just won five in a row.  The goals in those games are 19 for, two against.  Actually, I think I may have mentioned that already.