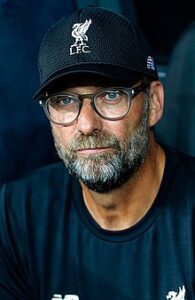 Here’s a basic question: is everything that is done in the name of football in England ok and above board?  Or are there grounds for suggesting something is wrong?

As far as I know there are only two sites on the internet that regularly suggest the latter.  One is Football is Fixed, a website I don’t mind giving a link to, in the hope that maybe someone somewhere can give me a copy of the site translated into English English.  The other is this site, which often tries to lift the veil behind the doings of the PGMO, English newspapers, the FA, Fifa and the leagues.

One such area we’ve poked our noses into is the mass of Liverpool positive covid tests which then allowed that club to have a match postponed only for the the club suddenly to discover that the “only real positive case from the team was Trent Alexander-Arnold and all the rest were false positives.”

We thought that was odd, because the number of people in the country at large generating false positive results is so tiny as a percentage it has loads of zeros before the point, and the notion of around half a dozen of them all popping up in the same place at once produced a statistic that Untold’s office calculator couldn’t handle, as it had too many zeros at the end.

A report in The Athletic now suggests that some clubs have complained about the decision and that they want an investigation into the affair.

This is interesting because up to this point, I  think we’ve been the only ones banging on the door about the sheer unlikeliness of the Liverpool false positive results turning up.

But now the Athletic following from our lead have written that “‘False positive’ LFD results are considered highly unusual, with analysis by NHS Test and Trace showing LFD tests to have an estimated specificity of at least 99.97 per cent.”   Yep, that is what we said only without recourse to the word “specificity”.

Put another way, “The chance of a succession of ‘false positive’ results is therefore considered extremely unlikely.”    In fact so bloody unlikely that we couldn’t fit enough zeros into our desktop calculator to get the result to show.

But now, the Athletic tell us, “the EFL have confirmed that they are satisfied that Liverpool had legitimate grounds for a delay at the time of their appeal, that they provided all the necessary evidence and that an investigation will not be taking place.”

Yet they won’t tell us how they have been convinced that such an astonishingly unlikely event actually happened.

And yes, if everything in the garden was lovely, and no one ever raised any concerns about anything in football being not quite wholesome and above board, it might be easy to sweep this bizarre Liverpudlian affair under several carpets and leave it there to rot.

For a start, the media in the UK has established an ability to ignore all sorts of issues when it feels that they don’t fit with their picture of the world.  “All the news that fits” (shortening the New York Times banner, “All the News That’s Fit to Print” that Adolph Ochs created in 1897) is their standard phrase these days.   So the Liverpool issue with these insane “false positive” results were published as if they were normal.   Normally astute publications such as the Guardian, didn’t even raise a proverbial eyebrow.

Second, the media loves to publish stories which turn out not to be true, when running these stories means no one has to do any work.  Hence the 97% error rate in their transfer pieces.   But as one of their number said to me the other day, “they are only rumours – we tell everyone they are rumours,” as if this excused their activity.   As I replied, “then if you have rumours that are 97% inaccurate, why bother to print them?   What gives them any value at all?  Or if they have value why not confess above each article, there is only a 3% chance of this piece being true.

To which the answer would seem to be, “They fill up the spaces”.

And yes, that is ok, if there were nothing else to write about.  But there is.   The notorious Liverpool testing scandal is one.  Or why 20% of Arsenal league matches have been refereed by the same man – that’s another. Or why referee Craig Pawson managed to see Arsenal commit 29 fouls in two games (ie 14.5 fouls a game) this season, while Jonathan Moss and Jarred Gillet have only seen Arsenal commit five fouls a game.  Is PGMO really suggesting that suddenly just when Pawson is in control Arsenal up their fouling level by a factor of three????   It seems hard to believe.

Or why Kevin Friend found it necessary to hand out four yellow cards against Arsenal in one game when the average across the season for Arsenal is 1.5 per game.

Or why the media won’t talk about human rights abuses in Qatar ahead of the world cup, or the ongoing legal case against the head of Fifa and the former Swiss most senior legal officer.

My point is simple: if there were just one issue that the English media failed to report, discuss and debate, that would be maybe explicable on the grounds that they had information to suggest the story was false.   But when story after story emerges which they won’t touch, one begins to wonder.

Why are the football pages in England so heavily censored?