Arsenal is one of the most successful clubs in English football with 13 league titles and a record 14 FA cups. They are also one of the most popular teams on social media, boasting over 5 million followers on Facebook alone. With all this success though, there have been some low points for Arsenal as well. One such came during the 2016-17 season when they lost to Bayern Munich 2-10 on aggregate. This led many fans to wonder what would count as a successful season for Arsenal? 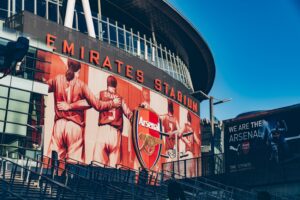 Is it possible that last season was the moment when Arsenal bottomed out as European football vanished following a second eighth-place finish in the Premier League, and increasing fan dissatisfaction with Mikel Arteta and the Kroenke family, who have run a decade during which Arsenal has fallen from the top table.

Will the addition of Ben White for $70 million, as well as Sambi Lokonga and Nuno Tavares, offset a delayed start to the season and a manager’s first full preseason? We take a look at what to expect from the Emirates Stadium in 2022.

League Cup final the best Arsenal could hope for…

If they could say that in a year and a half of Premier League football, the Gunners would have top-flight victories against all of the big six, many at the Emirates Stadium would have been pleasantly surprised.

With that in mind, if you are looking for a trusted betting company, make sure to do your research first. Many of them not only offer a secure place for your bet, but also will provide you with many useful resources to help you calculate the odds, what wager to take and sometimes the overall situation of the current matches. Go with affiliate sites that have been proven to be the best in providing that info. Those sites will go the extra mile in providing you with the latest info as well as rate each of the betting sites so you will guarantee to get the best options available.

They would have been left crushed had they discovered that the result last season would simply be another eighth-place finish, heavily influenced by their habit of squandering points against bottom-half teams. Every squad that finished ninth to 18th last season won at least one point from their encounters with Arsenal, with the exception of Brighton and Newcastle.

The explanation for this was easy to find. In 38 games, a team that was once defined by their aggressiveness in attack scored just 55 goals, the ninth-best output in the league. The mark was even worse when it came to expected goals (xG) with a dismal 52.99 per cent chance of scoring. Shots? 11th place.

The addition of Emile Smith Rowe and Martin Odegaard in the midseason has given the attacking line a little more zest, but they still had the sixth-best xG in the league at Christmas.

Preseason provided no more proof that Arteta can create an effective attack, with their 1-0 loss to Tottenham displaying a familiar inability to convert territory into shooting possibilities.

The Spaniard has mentioned the lack of time on the training field that he hasn’t always had. However, has not had to worry about scheduling conflicts this season, as he will have had time before it starts and no European football to worry about.

Arsenal discovered last year what a top-four defence and midtable attack gets you in the Premier League. It wasn’t much. In the Premier League, at least, where excessively disciplined effort without the ball can be irreparably harmed by one bad mistake: two points dropped to Burnley as a result of a loose pass there, ineffective goalkeeping at the near post against Everton there.

In cup football, Arsenal is frequently, if not always, a different beast, up to a point (as the defeat to Forest shows).  But then again the draw with Liverpool was highly creditable, and perhaps the higher stakes ensured that attention levels didn’t drop, as has been the case in many rearguard victories Arteta has orchestrated against superior opponents in the league.

In knockout football, a low-scoring attack is not quite as detrimental to victory as it would be in a full season. Maybe there has been some sort of connection between the FA Cup and Emirates Stadium although this obviously doesn’t extend to Nottingham.

Arsenal look very likely to improve on their eighth-place finish in the league this season. They achieved fifth-most points in the league after Arteta modified his approach to accommodate a No. 10, and that sort of performance across an entire season doesn’t appear out of reach for them.

In light of the lower number of games they have to play, especially because they no longer have to worry about long trips for a Europa League match on a Thursday followed by Sunday league matches, club sources would not deny that this is a burden on their domestic performance in recent years which this season has been lifted.

The holy grail of Champions League qualification may be possible in this season which relies on youngsters like Smith Rowe and Bukayo Saka for creativity which is provided by some of the world’s best playmakers at other clubs.  West Ham have for the moment sneaked in above Arsenal, but have played a game more – the biggest threat to the top four position at the moment looking like Tottenham – if they win their games in hand.

The one chance of a trophy this season is the League Cup with Liverpool and Chelsea standing in the way.  Arsenal still have a lot of work to do.

4 Replies to “What Would Count As Success For Arsenal This Season?”