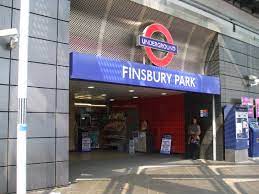 We were lucky.  National Rail were lucky.  There ought to be a thorough investigation. There won’t be.  And even if there were no one will be found to have acted improperly.  It will probably happen again.

I’ll deal first with the game, but the memory that will linger is the chaos at Finsbury Park railway station after the match, a failure which could have been catastrophic.  Grinning station staff closing gates as more and more people tried to enter the station, so that those at the front were in danger of being crushed against the locked gates by the pressure of those behind…  Really I didn’t think anyone could be that idiotic these days.

As for the football, Eddie Nketiah gained praise from the manager who said, “His work rate, attitude and application is just phenomenal but he’s got this natural ability to score and he does it every time,”   And if he was a star, so was Fábio Vieira and let’s be fair, Bodø/Glimt put up a good show for most of the game.   Their supporters filled the away section, and they worked hard on behalf of their team throughout the evening.  And as we suggested yesterday, they were not a walkover.

Indeed everyone shone for Arsenal.  Magalhães, Xhaka and Martinelli kept their places, the rest of the starters came in from having the weekend off but we still made it ten wins and one defeat this season in both competitions.  And maybe to be fair it was a bit too warm for the opposition, given that their ground is inside the Arctic Circle.

It was good to see Eddie be so sharp for the first goal and lovely to see the sheer delight that Rob Holding showed in getting the second while Matt Turner again showed us that we have a very decent deputy keeper should the need arise.

Better still the table is how it should look, and how we want it to look.  It may well be that we’ll have won the group before the end and will be able to give more of the younger players time on the pitch.  That’s always good for them and good for the reputation of the club as it continues to recruit younger players.

As the Telegraph says today “the entire population of Bodo, around 50,000, could fit inside the Emirates Stadium and there would still be 10,000 seats to spare,” so getting carried away is not on the agenda, but the game still had to be won, since Bodø/Glimt can play (remembering they beat Roma 6-1 last season.)    And interestingly we did it all, utterly dominating the game, with just 51% of the possession.  Now that is quite a trick.

But we did have 12 attempts at goal, half on target a quarter of the attempts resulting in a goal.

However, there was a nasty end to the evening.   As usual, when we come in by train we walked back to Finsbury Park station after the match.  It was of course crowded, being both an underground and Thameslink station, but it has been there since before Arsenal moved to Highbury in 1913, so you might have thought that by now the station staff and police would have got the hang of things.

But no.  As the normal crowd trying to get into the overground side of the station built up yesterday grinning station staff, with one police officer watching (who also seemed to find the whole occasion incredibly amusing), closed the gates to stop people getting into the station.

There was a good reason for that… delays to the trains meant that considerable numbers were building up on the platforms – although over the years I have seen the platforms become far more congested.

But good reason or no, the closing of the gates meant that more and more people, many anxious to get to their overground train before it departed, piled up behind.  Worse the police officer and station staff stood behind the gate grinning at us, as the crowd built up at our backs.

Fortunately, Arsenal supporters know how dumb some police officers and railway staff can be (although I stress the majority are of course conscientious and sensible) and the crush against the gate was avoided.

But it was a ludicrous situation.  There is always a crush at the station after a match, and what is needed are more staff and more controls to ensure that there is never any danger to the public.  Closing a gate as the numbers beyond it build up, while leaving a handful of officials behind it grinning at the increasingly frustrated fans, is not a clever idea.  People know what time the overground trains are due to leave, and so are anxious to get onto the platform to catch their train.

No announcements, no proper organisation, no realistic queuing system… in 2022 that is dangerous and unacceptable.  And that’s before I return to the subject of the behaviour of the officials.  Has no one heard of the idea of making a PA announcement or having staff on duty outside the gate to manage the build-up against the gate?

One Reply to “A stroll in the park; National Rail lunacy at the station. Arsenal v Bodø/Glimt”