I usually sit in front of my laptop during the match to write my match report ‘as it happens’. As this time I was in the pub to see the match I couldn’t do it. I try to keep the same format though but I might be jumping through the match back and forward a bit as it is from the head that I write this match report.

No changes at the start of this match compared to our last match at Watford. Ospina is still out with a shoulder injury so Macey was on the bench for this match.  The team that started was:  Cech, Bellerin, Koscielny, Mertesacker, Monreal, Coquelin, Cazorla, Ramsey, Ozil, Alexis, Walcott. 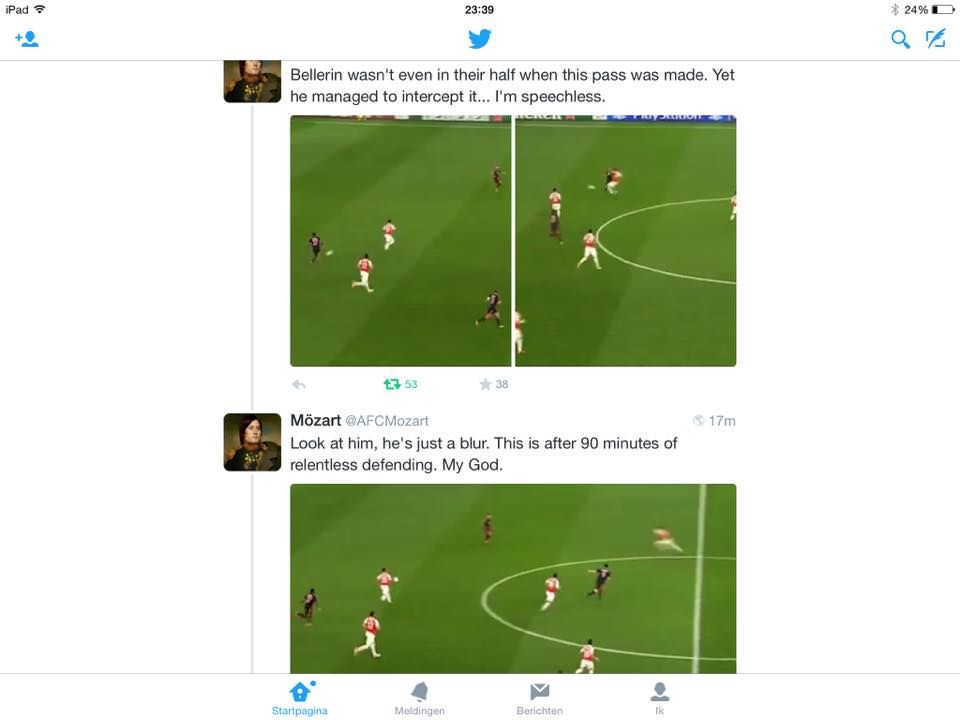 Minute 93 he saw a pass that he could intercept. Started his own run at full speed in his own half got first to the ball, took on another defender and ran past him as if he wasn’t there, looked up saw Özil in the middle of the Bayern Munich goal and delivered an inch perfect pass to the Arsenal maestro. Özil had a shot and Neuer seemed again to make the impossible save but the ball had gone clearly over the line and luckily the Turkish 5th referee had seen it go in and immediately pointed this at the ref and pointed to the middle and the ref gave the goal. GOAL!!! 2-0 to the Arsenal after 94 minutes.
Credit for this goal should go for 95% to Hector Bellerin. Who had a difficult start to this match but as were used to by now he is a player who can lift himself to greater heights. Another angle from where he came and look at the time…. 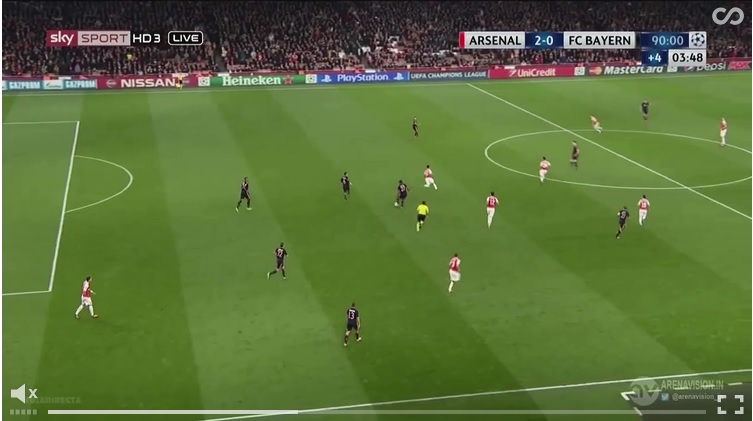 The ref made an end to the match shortly after the restart. Arsenal had done the unthinkable and beaten the best team in the world. Luck played a part for sure at times but it was a disciplined performance from the whole team that dug in when needed and was resilient in the battle to keep Bayern away from what they always do: score goals.
What a win!

59 Replies to “Arsenal – Bayern Munich 2-0, A near perfect team performance”