At the start of the year Untold ran the story Could football learn a thing of two from the way games are refereed in rugby?

It was a highly speculative piece which arose from discussions with some friends on the topic of just how football might be improved, and how we might stop the constant cheating that goes on in the games – most of which is ignored by careful editing of the video feeds.

Now however Ben Rumsby in the Telegraph has reported that “The introduction of sin-bins to football is to be discussed by the game’s rule-makers at their annual general meeting next month.”

Of course I am not suggesting that the International Football Association Board reads Untold – so it must be a coincidence, but the changes being proposed do seem to be very close to the ideas that came out of our earlier discussion.

Among the other suggestions being debated is one that says only the captain able to speak to the referee.  One that we didn’t mention was to ok the use of electronic devices such as tablets in the dugout to help identify serious head injuries.  I had no idea such devices were not allowed at present.  It seems bizarre that this is so.

The IFAB is a curious body that we have mentioned before: it is the central group that runs the laws of the game.  It consists of the FAs of England, Wales, Scotland and N Ireland (included in recognition of the UK being the country in which the laws of the game were originally formulated) and Fifa.  Voting on rule changes means that each of the British associations have one vote each and Fifa, representing all other FIFA member associations, has four votes. Final decisions require a majority of 75%, meaning that Fifa and two of the British Associations have to agree.

If the new procedure is introduced the sin bin (or “temporary dismissals” to give it its proper name) would be adopted for certain offences in grassroots, youth, veterans and disability football.  The situation would then be reviewed later to see if it should enter the professional game.   The proposal has the backing of Marco van Basten, Fifa’s chief of technical development.

Also up for discussion is the idea that only the captain should to be able to speak to the referee.

However we are still awaiting the ratification of video technology in the game in time for the next World Cup, but the next round of live experiments have been agreed, with around 20 competitions including them, including the Bundesliga in 2017/18.  The PGMO is running secret non-live video ref trials this season, but in keeping with its normal approach, is not telling anyone about it.

The 131st Annual General Meeting of IFAB will take place at Wembley Stadium on Friday, 3 March and will be chaired by Greg Clarke, Chairman of The Football Association. The agenda for the meeting is now available here.

Among other things the AGM will be asked to give national football associations more freedom and responsibility to modify the organisational Laws, e.g. number of substitutions and length of play, to assist with the development of their domestic football by promoting and encouraging more people to take part in the game.  National football associations will be permitted to decide at which levels the modifications are applied in their domestic football, except for competitions involving the first team of clubs in the top league and senior ‘A’ international teams.

On the topic of video assistant referees (VARs), the AGM will receive updates on the completion of the first phase of experiments including reports from the workshops held and more than 20 test matches organised to test the VAR protocols which were approved one year ago.

The IFAB’s overall strategy is said to relate to “what football wants” and at the moment is giving particular focus will be given to the role of the captain and how her/his responsibilities could be enhanced as part of a move to improve on-field discipline and create better communication between players and match officials.

Additional agenda items include an update on experiments with the Law 12 change to the punishment for some denial of a goal-scoring opportunities as well as 4th substitutes in extra time; both changes are currently being trialled.

The AGM will be also asked to approve the development of the first minimum standard for electronic performance and tracking systems (EPTS) which will regulate the safety of devices worn by players on the field of play. 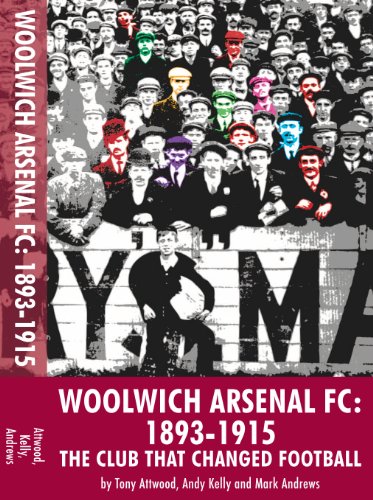