Since his £53 million transfer from Lyon, Alexandre Lacazette has netted just nine times. He got off to the perfect start, netting against Leicester on debut but the goals have since dried up and the Frenchman has found himself playing second fiddle to January signing Pierre-Emerick Aubameyang. 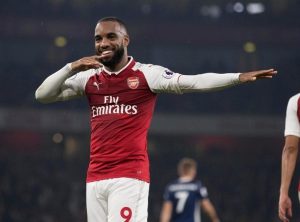 Now of course he is injured, and that could possibly put more pressure on him when he returns – especially if Arsenal have coped well in his absence.

As we know Arsenal fans on social media have been quick to criticise the striker and after missing two glorious opportunities on February 10th against Spurs, his confidence appeared to be fragile. Given that many players have spoken about the psychological trauma of a long lay off, this could cause further problems.

Arsene Wenger defended his player and suggested the focus should be on his overall play as opposed to his failures in front of goal. The long-serving boss has recently admitted that Aubameyang’s arrival at the club had dented Lacazette’s confidence with the club-record signing immediately parachuted into the team at the expense of the luckless Frenchman. He described it as “difficult period” for his player who was given 25 minutes against their North London rivals at Wembley, this fleeting appearance saw him fashion a number of opportunities as well as balloon a late chance over the bar.

The striker works hard and he isn’t afraid to track back and help out the midfield and that could well be his salvation however.  True he was signed for his prowess in front of goal but if those around him are doing just that, and he can become a provider he could still come good upon his return.

Indeed his recent lack of composure in the final third highlights the need to inject some much-needed confidence back into a player who had been lethal in Ligue 1 prior to making the switch to the Emirates.  However he, like his newly recruited colleague can point to the goal scoring feats of both of them: an average return in the first year, but then starting to hit the heights thereafter.

Argued this way, the injury could be the making of Lacazette’s season, taking him out of the limelight and allowing him to come back in gently in the latter part of the campaign.

True, at the beginning of the season, he was priced at 20/1 to finish as the Premier League’s top goalscorer but he has rarely threatened the charts. Many pundits, including Michael Owen, tipped the Arsenal striker to win this season’s Golden Boot but like so many high provile strikers in their first season, he has underperformed in that regard and those who backed him have already written off their ante-post bet.

Pierre-Emerick Aubameyang is likely to continue run in the side for the remainder of the season and the former Dortmund striker is expected to be one of the favourites in next year’s race for the Golden Boot. Harry Kane, who scored the only goal of the game during the aforementioned North London derby has netted 23 times in 27 matches but Liverpool’s Mo Salah is just a goal behind and the Egyptian winger has enjoyed a remarkable debut season in the top flight. The former Roma man offers much better value in the market at a price of 10/3 and he can be backed to usurp Kane in the goalscoring charts using the Paddy Power free bet bonus offer, which gives all new customers a risk-free £20 which can be used on any of their Premier League outright markets. 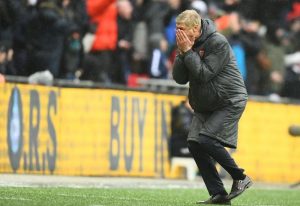 Alexandre Lacazette won’t have been helped by the outpouring of abuse from fans on social media nor will he have enjoyed seeing his team-mate Petr Cech inform reporters that his two big misses were a decisive factor in determining the outcome of the game against Spurs.

Arsene Wenger will of course manage his striker carefully for the remainder of the season and he too may secretly be aware that this injury could be a blessing in disguise, as he undoubtedly still has plenty to offer. The 26-year old’s all-around game is still hugely effective and beneficial to the team but his finishing hasn’t been up to scratch. Lacazette must work on that area of his game, get back to basics and ensure he doesn’t become a bit-part player who is reduced to twenty-minute league cameos from the bench and the occasional outing in the Europa League next season.