The current injury rankings are not looking too bad, with us sitting happily in the lower reaches of the injury table once again.  Here’s the totals of players out, by club…

Our three men down are

So we might well see Martinelli play tonight, but Tierney looks more doubtful, although the potential return date given by Physioroom suggests all could be ok.  The lack of update from the 14 January report could be to keep the opposition guessing, or because he really has a problem.

The BBC however seem to have inside information and are saying, “Arsenal hope left-back Kieran Tierney will be available after a scan revealed his calf injury is not serious.”   They also say, “Gabriel Martinelli might be fit.” 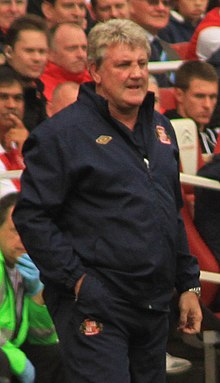 In many ways Newcastle fans have only made their club’s situation worse – it is almost as if they have looked at Arsenal’s repeated managerial and team changes in the past three years and thought, “that’s a good way to take a club down the league” and so weighed in with the attacks.

However the one thing to remember always about Steve Bruce is that he is honest.  He himself said that their first half against Sheffield United as “absolutely hopeless” and added, “I picked the wrong team” after choosing a defensive line-up against the Blades…. “  He also added that the criticism has been personal from day one – certain people out there think I shouldn’t have been in the job to start with. All I can do is accept it and try not to be too down with it.”

The wonderful thing about Steve Bruce is his honesty as when he said, “I was never blessed with wonderful ability, same as management, but the one thing I expect is a reaction, show some pride in yourself, and never be afraid of hard work. At the minute, it is hard work, but you try not to get too down.”

But the negative attitude of their supporters continues, so that should help us.  Discontent in the camp very rarely has a positive effect – as we know to our cost with the attacks on Arsene Wenger and Unai Emery.  (The latter’s Villareal team are in a Champions League spot in the Spanish league just two points below Barcelona – but then he’s not had the abuse he got in London).

The BBC are putting an uncharacteristically positive spin on this match from Arsenal’s point of view saying that “Mikel Arteta’s side have earned 10 points out of a possible 12 since Christmas” which sound much better than reminding us of the last game.

And there is more as they add that Arsenal “can keep five consecutive clean sheets in all competitions for the first time since a run of six from January to February 2009.”

We have never had more than four home defeats in the league in a season since we moved to the current stadium.  The last time we lost four league games at home was 2010-11 when we also lost an FA Cup match at home.   That season the league table at the end of the season read

And Mr Wenger was greeted with all the “fourth is not a trophy” abuse.  But what was interesting was who we lost to while at home…

Four league defeats at home, and five in all, of which three were to West Midlands teams and one was to Newcastle, the other cannot be mentioned for safety reasons.

Oh and here’s another thing.  Pierre-Emerick Aubameyang has scored in each of his past three appearances against Newcastle.

So maybe it’s not so bad afterall.