Previously in this series:

This article concludes the series.

We have seen that there are significant questions to be asked about refereeing in the Premier League.  We can also note each day that issues relating to refereeing are not raised by the media in England at all.

The response to this second point is generally that there are no articles or commentaries in the media because there is nothing to discuss.  And yet refereeing in the PL is organised in a very different way from refereeing in other major leagues, with fewer referees and absolute secrecy.

In short, refereeing is part of a football match, so why is there no debate about referees?  In the UK we question the ability and honesty of everyone from our politicians to professional footballers, from entertainers, to the medics who suggest we should all have a coronavirus vaccine. 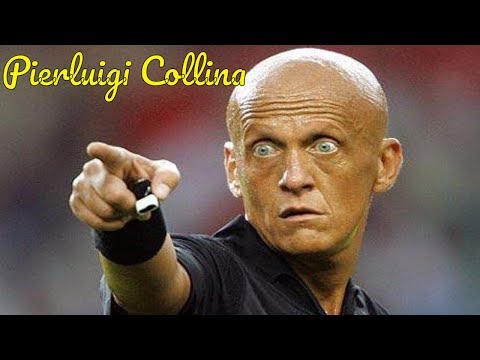 Not every questioning is essential (I’ve had my first coronavirus jab, and I think people who are rejecting it are foolish, but its a democratic country so they can do that if they want).  We question court verdicts (that’s why we have a court of appeal), we question why the road outside is dug up one week by the gas board, resurfaced and then dug up again two weeks later by the water board.

But we don’t question, on a regular basis, the referees.  We don’t have newspapers and websites publishing weekly error analyses of referees.   And why not?

Referee X made 85 decisions in the match.  69 were obvious and no one would challenge them, but 16 were questionable.  Of these, TV replays show six were right, five were wrong, and five were disputed even with the benefit of action replays.

Why don’t we get that data after a match?

Because we are told that we are only complaining about the referee because Arsenal are losing.  And that is classic gaslighting – when one side does not bother with proper evidence, but simply states opinions and turns them into “facts” without any evidence.

We also see find gaslighting when newspapers present incomplete sets of data – for example by saying “this is the 100th yellow card Arsenal has had in the past three years,” without stating how many cards other clubs have had.

Thus when a fan says, “I am always nervous when we sign a new player, as we make so many mistakes,” that again is gaslighting, because there is no proper comparison with any other clubs.  How often do they get it wrong?  What great mistakes do they make?  The fan doesn’t know because he or she only thinks about Arsenal.  So yes, we are quite capable to confusing ourselves!

Now when I raise this issue in debates I am often told, “it happens to every club Arsenal is no different.”  But that is no answer – because the lack of debate about referees is clearly wrong, and saying it is wrong in the case of all clubs is no excuse.  This is a multi-billion pound industry after all.

The clue to just how serious this is in football is the utter and absolute failure of the media to consider refereeing as an issue seriously.  They won’t publish mistake tables for referees.  They won’t publish statistics that suggest something odd is going on which needs investigating (like one club putting in 50% more tackles than any other, while only picking up the same number of yellow cards as everyone else).

They don’t even question why some clubs get the same referee 10 times or more in a season.  Stopping that would be an obvious precaution against any referee who has been corrupted.  And maybe that doesn’t ever happen in England, but it has happened in many other countries, so why not take a simple precaution?

These are simply not issues, they don’t exist.

So we live on with a comparatively low number of referees, research that shows that referees are seriously influenced by the crowd (which explains why results in empty stadia are different), in which there is a geographic imbalance among the referees we do have, in which referees are required to sign a lifetime secrecy agreement when they join PGMO, in which PGMO is so secretive it doesn’t even have a website, in which UK websites refuse to discuss issues relating to referees, in which the one commentator who seriously would criticise referees, Alan Greene, suddenly stopped doing so, and was ultimately replaced.

Even if you don’t accept there is anything wrong with refereeing, there is still a question to answer: why is so much of refereeing in England so secretive?  Why are there no statistics about refereeing in the media, as there are about players?

The media silence is the biggest chunk of evidence we have that something is seriously, seriously wrong.

If you have been reading this series on referees thank you.  Untold will return to its normal range of topics now, but an index to the whole series will be found on the home page of the site.