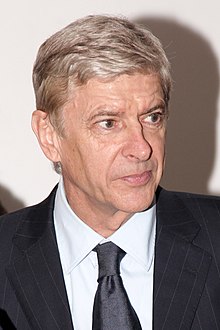 In the article “What Arsenal need now” I wrote that

“Defeats happen, we all know that.  Defeats are not the problem.  The problem is letting the occasional defeat become a series of defeats (occasionally interspersed with draws).

“If you want the secret to how the Wenger teams consistently ended up in the top four in the Premier League, this is it.  In every season except one they had defeats (and even in the unbeaten season the side lost in the League Cup, FA Cup and Champions League) but in all cases they didn’t let the defeats become a habit.”

So despite our defeats, are we now performing at the right level?

Below is the league table last season after 26 games.

And now today after a similar number of games

Now the top six teams have won 76 games out of 141.    The bottom qualifying team has 1.70 points per game.   So this season the top six is doing a little better than last year.

As a result of seeing this sort of figures I suggested it was hard to see how Arsenal could make the top six once again, and therefore we should prepare for a season without European football – which coming on top of a season of no crowds is not going to be what the owners want.

But really, is there no hope at all?  Let’s try this another way look just at this calendar year

Is this form alone good enough to make a top six spot?

Our win rate this calendar year is 50%, fractionally above the 48% of Chelsea and West Ham through this season.  But of course they have been maintaining it through this whole season.  We haven’t.

So although our results this calendar year have been good (won four, drawn two, lost two) that is only the sort of ratio we we would normally enjoy all season to make the top six.

If we continue at the rate we have shown this year we will get another 25 points taking us up to 59 points, which will require all four teams above us (West Ham, Everton, Aston Villa and Tottenham Hots to do considerable worse than that if that is to be good enough to get a European spot.

So although the gap is only five points to West Ham, the fact is that we need not just them, but the other clubs above us to show a distinct downturn, while we carry on at the present rate, or do better.

Playing like that all season would give us third spot.   But of course we have not kept this up for the whole season.  It is only now that we are getting into our stride.

So maybe next season will be better, but there are two factors against us.

The present owners bought was a club that earned the most money of any club of any club in England on match days.   Now it earns nothing, and although  the good days will return the hole in their pocket from the virus will take a long time to go away.

Second the present owners bought a club that earned European money every season.  Although there is still a slight chance that some of the clubs currently above us will collapse as Arsenal steam ahead, the most likely chance of getting into Europe next season is winning the Europa League, and that of course is far from guaranteed.

And the implication of all this is that next summer’s transfer budget is likely to be very limited.  Of course that will be true for many clubs, although probably not for the likes of Manchester City, Chelsea and Manchester United who have access to reserves of cash.

But I also suspect the Kroenkes will feel this is not what they bought Arsenal for, and also that the constant buying policy has not worked in the past, any more than three managers in four years has worked.

Tackles, fouls and yellow cards.  These figures are truly weird.

8 Replies to “Returning to goal scoring, but are Arsenal yet on top 4 or even top 6 form?”