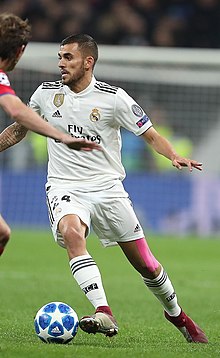 Between 2003 and 2011 Arsenal were the only leading club in the Premier League to make money from buying and selling players.  In that time Arsenal received £21 million more than they have spent in player deals.

At the same time Chelsea and Manchester City each spent well over £400 million.   Tottenham, Liverpool, and Manchester United all spent around £100 million more on players than they received.

The extraordinary thing is that despite all this extra money the distance between the clubs at the top remained the same.  The money spending clubs did not fly away at the top of the league.  What’s more clubs could still have collapses of monumental proportions, after (according to the pundits) having the league sown up by October.  Chelsea were particularly good at this.

During the period in question (2003 to 2011) Arsenal has stayed in the top 4 throughout, while two of the clubs regularly spending more than Arsenal, Liverpool and Tottenham, did not.

Of course during this time excellent players did leave.  But invariably for massive profits, which Arsenal could then re-invest.

Nowadays however the media is once again beating Arsenal with the notion that spending money and having ambition are the same thing.

As today when the media says, “If the club have any ambition they need to tie down permanent deals for the likes of Ødegaard and Dani Ceballos, rather than risk others swooping,” I really think the Will Unwin in the Guardian is just simplifying matters too far.

What these writers do is always make it sound as if it is just up to Arsenal, and of course it is not.  Real Madrid have the players under contract, which means they have the biggest say in the matter.  After that comes the player who may or may not like living in England, or the way they and Arsenal are treated by the English media.  How Arsenal treat them, and their view of whether Arsenal is likely to win anything, comes third.

The last player we got and kept no matter what the cost was Ozil, which of course ended in disaster, and the way Ozil was frozen out of the team and not allowed to play for half a season is something Ødegaard and Ceballos will know all about.   That will influence them to some degree – a club that can do that to a genius player is not a club that every player wants to be at.

After that there are questions like salary (Real Madrid is massively more wealthy than Arsenal), the tax system, recent trophy success (they won the league is 2020) and so on.

And that is before we get to the media.  Journalists and broadcasters know that they have created a perfect negativity around Arsenal.   They endlessly tell us that Arsenal’s management and structure are useless.  Players read this and so think that it is best to avoid Arsenal.  So at most they go on loan (quite possibly because it is the only loan on offer and they are anxious to get games) but do this for the purpose of being able to return to their home club and get more appearances.

Of course some players might well fall in love with Arsenal despite the obviously negative way in which referees treat Arsenal players, but it is not surprising that many then feel it is better to return.

And then even if they cite the media as a reason for them returning to their parent club, the media in this country are hardly likely to reprint such a comment, unless it is under a headline about the player making weird excuses for his own failings.

We have to accept that because of the way the media portrays Arsenal (and remember they were even negative about the club when we had the unbeaten season – you might recall the comment in the Times after the fourth match of the unbeaten season that this was “the worst 45 minutes that any of their fans could remember”) that players do not see Arsenal in a positive light.

That’s what it is like being at Arsenal.  The players take on the opposition, the referee, and the media and so it is not surprising if players want to leave.

6 Replies to “Setting up Arsenal to fail: telling the club what it must not let happen”