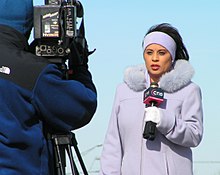 It is, I guess something that most of us  have known for a long time but even so it is good to have the final proof.

Publications like the Daily Mirror with its lapdog website Football London, churn out transfer rumours by the score, hour after hour, day after day after day.

Mostly they don’t actually lay claim to the rumour’s origin by reporting that a manager or agent has actually told them.  Instead they blame another publication – usually one that is overseas.  No worries if the other publication hasn’t published the story, most readers don’t speak Italian or Spanish or indeed Turkish so they are not going to check.

We’ve been watching it run on month by month year after year, since Untold first started recording the summer rumours, thus being able to prove what we’d always felt – that only three in every 100 rumours actually turns out to be true.

But who makes up all the rest?

For quite a while we’ve been assuming that it is all done by computer.  The names of clubs that are likely to buy go in one file while the names of players who might be worth a few bob go into another, and then they are merged at random, with a trivial story picked from a third as the reason for the departure.

The player is homesick, the player is missing his family, the player has had a row with a team mate, the player doesn’t approve of the manager’s tactics… and so on.  Unless they don’t bother with a reason for the player leaving his existing club because the whole thing is so preposterous nothing could justify it at all.

So we have known all this for a long old time but this weekend we had a bit of proof as to just how slapdash the whole process is.

The story, as soon becomes apparent, is one that was touted around on 30 December last year along with the tale that Xhaka was off to Hertha Berlin.

Quite how big the scale of the Mirror’s cock up in rerunning their false and fake stories of last December, three months later is not known, but of one thing we can be absolutely sure.

There will be no apology and no mention of the total cock-up.  I mean, its bad enough to go round making up stories, but to make them up, know they were false, and then let them roll out again – that really is something.