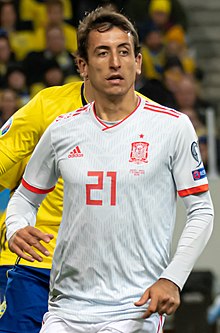 Interestingly, occasional slight justifications and explanations for Arsenal spending money in the summer on the transfer market are starting to emerge.  The prime one being that because we are no longer spending money on players who are on the payroll but not in the “25” we now have lots of spare cash.

But as previous articles have shown even without those two exiles we still have a full squad of foreign grown players, and our squad of home grown players will grow again next season as some of our youngsters come of age.

In other words, the release from money being wasted each week on non-playing players deals with only a fraction of the issues, although for Football London it is the full story.  So here we go with the first edition of a new set of players to be signed this summer….

Comment: Real Sociedad don’t seem to be in desperate financial straits so it is hard to see why they would see either player at less than the list price.

3.  Tariq Lamptey from Brighton and Hove

This is a player who we have “reportedly” been signing for the past two years.  Good to see the old traditions upheld.

As for those leaving, well, Football.London is never short of an exit list or two when it comes to Arsenal.  For example on 4 November they had

Every Arsenal player to leave under Mikel Arteta

The 12 players set to leave Arsenal

and then just two weeks later, on 4 December their headline was

The eight players who could leave Arsenal in the January …

That seems to suggest some diminution in the complete clear out predicted.

Anyway, it goes on and on and on, as FoLo does, ceaselessly rerunning its past stories as if they were new, and endlessly blaming someone else for originating it.  And indeed we were offered up the Daily Mirror’s list of 16 players who were going, just recently – and you’ll recall perhaps that the Daily Mirror own FoLo.  How odd!

It is a story they are really pumping out – so either Arsenal are going to change almost the entire squad, or else they are making it up. I leave it up to you to decide which is the most likely.

The Sweet FA and the corruption files

2 Replies to “The six big money transfers for Arsenal this summer, and how we pay for it”