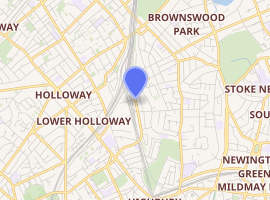 Arsenal equalled a UEFA Europa League record by making it 11 away games in the competition without defeat as they beat Olympiacos 3-1.

Following their defeat by Arsenal at home, Olympiacos won their next fixture, 1-3 away to Larissa.   That was no particular surprise since Larissa are currently bottom of the league with just three wins all season and a goal difference of -24.  Here’s the top.

As noted before this is a league that is over before it has started, and doubly so after Olympiacos were not relegated after that had been given as their punishment for match fixing.

However at least the result in Greece ensured that the appalling journalist comments about a “Greek tragedy” befalling Arsenal could not be used.  Indeed I doubt that the vast number of scribblers who used that phrase last year had any idea what a Greek tragedy actually is or was.

And just in case you want to know, it’s a play in which the lead character who is generally a man of considerable importance or reputation, falls to disaster through a combination of events with which he cannot deal.

It is always highly amusing when the press use this about Arsenal, because generally they hold Arsenal in such contempt that their view of the club is that they can’t fall any lower, and that Arsenal’s great days are so far behind them that in reality there is nothing that remains of the reputation.

But they’ve heard about a Greek tragedy so they throw it in.  Olympiacos could be seen as a Greek tragedy in that they were once of importance, but now are tainted with constant match fixing.

Their recent away record is, courtesy of Livescore…

So away from home what we can see are five wins, two defeats, and a draw.  Indeed it is the two strong teams they have met away from home in recent times then beat them.

It is interesting however that although they have been up against easy opposition their highest score is three, and only twice have they kept the proverbial clean sheet.  All of which suggests we ought to be ok.

The general media view is that when Arsenal look likely to win, a defeat is predicted because Arsenal are their own worst enemies.

But in reality at home Arsenal have lost just one match at home in the last nine, winning six, drawing two.  In five of the nine games Arsenal have got three or four goals.

So it is all pointing our way.  We will find out more tomorrow.

Meanwhile here’s the video of the away leg.