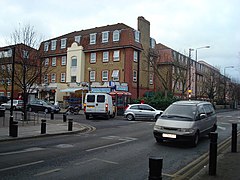 We are used to seeing it now, but it is always incredibly frustrating to be reminded of it, game after game.  Arsenal commits fewer tackles and have fewer fouls given against them than the opposition, but get more yellow cards.

How can that possibly happen?  We ask it week after week, match after match, but there is no answer.   In effect, West Ham have to commit two more fouls to get a yellow than Arsenal do, match after match after match.  The only compensation is that we do get more penalties – which suggests we play in their penalty area more.

Goodness knows what Arsenal would have to do to collect fewer yellows than West Ham, but I suspect it would mean stop tackling.  However, Arsenal have taken the right step to avoid the inevitable by reducing their tackling level.  But if we look at the tackling league table we can see how ludicrous this is getting.

It is interesting to see Leicester third in the tackles league – we can remember how last season they used tackling without getting yellows as the way of getting to the top of the league until the referees decided to take some action – and now we see the club’s technique happening again, although this time the referees are not quite so active.  However Leiester have only won three of their last six as they have stepped up the tackling, so maybe the refs are more on the ball than I think.

In the games between WHAM and Arsenal we have won 69, drawn 39 and lost 35.  However in recent years that dominance has grown to even greater levels.  In the table below we have taken the last 25 games between the clubs.

West Ham have won two of the last 25 games between the two teams. Four have been drawn and the other 19 have gone Arsenal’s way.   We have scored five twice, and four just the once, so the goals are not always that plentiful, but the wins are quite clearly Arsenal.

111 historic Arsenal videos with more being added each day

One Reply to “WHAM v Arsenal: tackles, fouls and yellow cards, penalties and the last 25 games.”