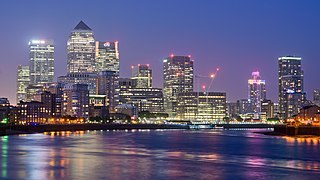 Newspaper men and blogging “outlet” scribblers mostly dwell in Docklands public houses, working in a putrid atmosphere of their own making. They have an insufficiency of light, a total lack of ventilation, a lot of chocolate cakes with cream which junior reporters are forced to down in one, and an aloofness from the rest of humanity whom they supposedly serve.  There is, in fact, nothing more depressing to the spirit, than a London journalists’ bar, unless it be another London journalists’ bar, next door.

Such was the location in which journos of a depraved demeanour dreamed up the tale that Philippe Coutinho was moving to Arsenal for £145m, leaving Bongo Littleface free to suggest that he doesn’t feel Arsenal will be signing Philippe Coutinho this summer.  Well!  I mean!  A prediction that’s wrong?????  He was ducked in the Thames at once of course.

But too late for that genuinely is the story from HITC today.  And given the fact that the player is said to be worth £145m, I suspect that is rather unlikely to be true.   But equally true is the fact that there was never any chance that Arsenal would sign him.

Of course the journo covered himself by writing, “Arsenal could sign Coutinho for £145m,” Lots of laughter all round, except a couple of turnips from the Daily Reflection and their Capital Footy blog, with its 50 Arsenal stories a day habit actually write it down, not realising it is so stupid even the gullible public won’t take it to be real.

Somehow it gets on the internet, much to everyone’s embarrassment so a denial is put out.  But of course no one can say it was a total leg-pull-situation, so HITC ran it under the headline, ‘FROM PEOPLE I FULLY TRUST’: REPORTER SHARES WHAT HE WAS TOLD ABOUT ARSENAL SIGNING £142M STAR.

And just to make sure we don’t read that they put it in capitals.  (That bit about not reading is true.  Headlines in capitals only get read about 20% as much as headlines that use normal type in the normal way that normal people might.  Trust me on this one, I studied the psychology of perception at university).

Actually the rest of the stories this Friday afternoon are just as amusing, showing that trade has been brisk down the Bollard.

It has sometimes seemed to me that the modern craze of journalists telling us that everything Arsenal does is wrong is responsible for all the unhappiness that is afflicting the world today.  This is what caused the coronavirus pandemic – a bunch of bats heard the news of another Arsenal cock up and decided to get their own back on humanity.  As I told Boris J at his country retreat in Iceland, if you could stop all this stuff about Arsenal getting deals wrong, people would be a lot happier, and we wouldn’t have all this corona nonsense.

“Sounds like a bloody drink to me!” said Boris, and oh how we laughed.

It was indeed just as I was contemplating this fact that a fat middle aged n’er-do-well with dark circles under his eyes propped himself up against the bar and ordered a triple.  An undertaker, passing at that moment, would have looked at this reporter from the corner of his eye, scenting business.

“Arsenal reportedly trying to Lure Major Juventus Star,” he said quoting the result of his 8 minute afternoon shift at the Daily Sponge.

“And who is it, pray?” we enquired as one

“Paulo Dybala” was the reply from the fat middle aged n’er-do-well.  We looked blank.  “Replacement for Martin Odegaard as he won’t stay.”  We looked on bemused as the character assassin fell to the floor.

Meanwhile one bright young thing, now a less bright young thing as it was past 9am, was causing a stir in the corner.  While the journos who brought laptops into the Bollard were content to peck cautiously at the keys, inventing gibberish as they went along, this fella-me-lad never spared himself in his efforts to do it a violent injury to his computerised gear, such as his anxiety to get out his scoop.

“Arsenal want £22m player who failed Liverpool medical test” he barked.  A certain howling at the moon took place.  Ice formed on the landlords upper slopes.  He had specifically banned barking since that unfortunate incident near Canning Town.

“Nabil Fekir,” replied the scribbler and the howling rose.  He realised his mistake

His manner became meek and conciliatory, rather like that of a black-beetle which sees the Bollard’s chief cook reaching for the seasoning and does its best to show her that it fully realises that it has brought this on itself.

But oh these kids never learn.   I mean, saying “Fekir” after the landlady banned swearing.

“What should I do?” the journalist asked sidling up to me.

“Be poignant, man, be poignant!” I cried, and he promised he would be.

As the curfew is lifted, the Toppled Bollard centre for creative writing, re-opens

Arsenal bloggers and journalists fight it out at the Toppled Bollard. (Satire, sort of)