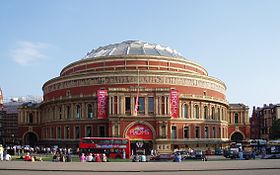 A while back the Telegraph carried an article by Julie Burchill, in which she called the political commentator Ash Sarkar – a British-Bangladeshi journalist and left-wing political activist who teachers at the Sandberg Institute in Amsterdam – a paedophile-worshipping Islamist on social media.

And what, you are asking, does this have to do with football in general and our beloved Arsenal in particular?    Let me try and explain.

Football has long been known as the heart of fake news with its lunatic transfer stories which are still propagated day after day.  Most of the football media lap them up and report the tales as if they were true, justifying each one by claiming (often falsely) that the story had been reported somewhere else.

Recently Ars Technica, a technology news publication undertook research which was subsequently re-published by Wired to find out why people pass on fake news as the truth, when even a quick glance would show that the story was at best highly unlikely, but most often clearly palpably untrue.  It’s conclusion was that people pass on stories which a moment’s thought will reveal is unlikely to be true, just because they are not paying attention.

They recruited thousands of researchers who looked at selected headlines and had to rate them as true or false.  Mostly the people looking at the headlines did far better than they are normally given credit for, in separating truth from gibberish.

But what happens thereafter is spooky.  If we take the headline, “Over 500 ‘Migrant Caravaners’ Arrested With Suicide Vests,”  the report says, “Only 16 percent of conservatives in the survey population rated it as true. But over half of them were amenable to sharing it on social media.”

In another example the Sunday Times reported that the musical piece, Rule, Britannia! which has traditionally ended the last night of the Proms (a famous series of concerts held each year in London) was going to be cut, due to racial sensitivities.  It was totally untrue but it became a national news story.

Worse, in that case, although there had never been a plan to cut the performance of a piece of music that is considered by some to be an important part of British self-identity, the media that had run the false report that it was being removed from the programme, then wrongly reported that the piece had been reinstated due to public pressure – when it fact it was never cut in the first place.

What has actually happened here is that a technique used for decades by lazy football journalists, (in which column inches have been filled by making up transfer stories), has been exported to mainstream media.

And although a lot of people interested in football will admit, when challenged, that they know that a lot of the tales of rumours are untrue throughout, I find that a lot of them still retain the view that Arsenal is particularly bad at getting a deal done, and at holding onto talent.

In the world beyond football we know that the media in Britain has targets that it will attack daily – one might consider comments about people who challenge the state on issues of social injustice, benefit claimants, demonstrators in general…

And we should remember that back in the 1970s football fans suffered the same fate – we were the absolute scum of the earth – along with coal miners and trades unionists.

But what makes this all so dangerous is that much of the media has its own agenda, and so the stories it runs are set up to meet that agenda.   There is and will not be any criticism or examination of organisations such as the FA, Fifa, or PGMO.  The media’s agenda is to support the institutions.

Working out quite how we have got into this situation is hard, and it needs many more researchers than Untold has at its disposal, but certainly two of the factors involved are laziness and habit.

The transfer tales that appear every hour of the day and night might seem innocuous, but they are part of something far more worrying – the disappearance of reality from our media.

Here are just a few of the latest examples:

“Arsenal, Tottenham Hotspur may have to pay over £30m to sign 23-year-old PL midfielder” This is from Sportslens saying we are after Sander Berge from Sheffield United

‘Here we go again’: Some Arsenal fans react as major transfer update drops.  This is HITC saying that we want Real Betis attacking midfielder Fekir but that Liverpool might beat us to it.

“Real Madrid won’t consider selling 22-year-old to Arsenal – report”. The Sport Review tell us that Real Madrid “won’t even contemplate selling Odegaard.”  (Others are of course telling us that they will, and this is how much he will cost).

“Blow for Arsenal: Mikel Arteta will be missing four players for a month” says CaughtOffside which tells us that four Arsenal players (Pepe, Aubameyang, Partey and Elneny) will be in the Africa Cup of Nations to be played during the English season.  Maybe.  It is not exactly news.

Occasionally readers write to Untold or to me personally and ask me why I keep “banging on about the media”.  It is because the media is, by and large, the problem.

160 historic Arsenal videos with more being added each day