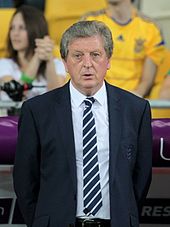 Videos of some of our games against Crystal Palace can now been found on Arsenal v Crystal Palace, a history in videos.   Now here are the stories of Arsenal and Crystal Palace since Christmas Day.  I’m including this because of all the investigations recently into just how Arsenal turned themselves around, and whether it has affected other clubs.

Here are the Christmas Day figures…

And the figures today

But what about figures that only record games since Christmas Day?  That we didn’t publish last time but here they are now…

This does show the different directions the clubs have travelled in over this period from 25 December onward.   Another confirmation comes with the last six games – with Arsenal sitting in second position just one point behind Liverpool who have had a more recent revival.

Incidentally we can note Aston Villa’s last six games.  It was not that long ago that the anti-Arteta gang were stating that “Martinez was sold to Villa by Arsenal for £20 million ($26.2m) over the summer and has since been in the form of his life, suggesting his former club may have let him go too easily.”  Not quite sure that is how he feels of late.

We’ve also just heard that Roy Hodgson is going to retire at the end of this season at the age of 73.

He started out in management in Sweden in 1976, and later managed the Swiss national team (to the last 16 of the World Cup after they had not qualified for any major tournament since the 1960s).

He also managed Finland, again with success taking them to their highest ever ranking, and then the England team from May 2012 to June 2016.   In club football he has managed Inter Milan, Blackburn Rovers, Fulham, Liverpool and West Bromwich Albion among others.

As a player he played primarily in non-league football, and caused controversy and lost some goodwill by playing in South Africa during the boycott era although he said that was for football reasons not political reasons.  At the last count he has managed 1,211 games, with a 43.4% win rate.

We’ll take a look at some more aspects of  the game tomorrow.

One Reply to “Palace lose their manager, and how Arsenal and Palace have done since Xmas,”