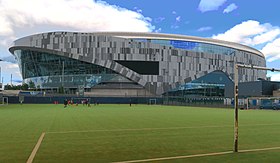 The Daily Telegraph is reporting this morning that Manchester United have announced that they will allow fans to buy shares in the club.  Shares that will have full voting rights.   Which I am sure will make some Manchester United fans claim a victory and some Arsenal fans who support the Arsenal Supporters Trust approach to negotiation call the board a bunch of turnips (and then demand they give you all you want).

But in reality if the report in the Telegraph is true then nothing will change except that Manchester United will get some money from their fans – which is really no change at all.  However I suspect some will choose to highlight this move as an example to Arsenal – when really it is meaningless.

The Glazer family started buying shares in Manchester United in 2003 and just kept buying them whenever they became available.  The big move came when Alex Ferguson sold his shares to Malcolm Glazer.

The rules in the UK say, if anyone owns 30% of a company he or she has to make an offer to buy all of it, which Glazer then did.  With over three quarters of the shares he was allowed him to take the shares off the stock exchanges and remove the remaining share holders with a forced buy out.

What separates Man U from Arsenal at this point was that the Glazer family took out loans to buy the club and then transferred those loans into the club (which they could do as they owned the club) so the club has to pay the interest on the loans.  Those loans are worth half a billion pounds.

In fact the Glazers bought a highly profitable debt free club and turned it into a debt ridden club and ultimately got the club for next to nothing while Man U pay interest at around £60m a year on those loans.  Indeed thus far Man U have paid around £1bn for the privilege of having the loans, but the events of the last 15 months have meant that the club like all other clubs is losing money, so the debts are rising.

In a further twist the club then issued a set of “B” shares which are owned only by the family.  The details of the arrangement are such that the B shares always pay a dividend no matter what profit or loss the club makes.  The estimate is that this costs the club about £20m a year.  Since the club is registered in the Cayman Islands the family pay no tax on this income.

It would be possible for other wealthy people to buy the Glazer family out, but to do so they would need to give the family a price that would allow the family to invest the money and then earn a guaranteed £20m a year.  £3bn might do it.

And it has to be remembered that unlike Arsenal, Manchester United have descended into the lower reaches of the football league in the past century – but the size of their crowds never wavered, so the trick the Glazers played to get the club for nothing looks like they have the club until the only thing left on the planet are the viruses.

So the decision to allow fans to buy shares is worse than meaningless – they are buying shares in a loss making company which must always pay a dividend – but not to them!

Other clubs are running into trouble as well, across Europe.  Roma lost £184m last year, AC Milan £176m, Inter Milan £90m, Barcelona £87m, Juventus £81m.  Tottenham’s loss thus far during the pandemic is estimated to be around £150m and their total borrowings are £831m, which is quite a lot really.

According to the Athletic Tottenham actually owe £149m to other clubs for transfers they have conducted by not yet paid for, which is around double what they owed a year ago.

To be fair to Tottenham, the way they have set up the building and purchasing of the new stadium is very prudent, exactly as Arsenal’s plan was in the earlier part of the century.  And to be fair again no one planned for the pandemic.

But no one should be influenced by the Man U share issue to fans; it is just a publicity stunt for a gullible audience.  Arsenal are engaging in serious discussions with two fans’ groups, and not offering nonsense like meaningless shares.  That I think is a big step forward. It’s now up to the fans’ groups as to how sensible their response is to the club.

One Reply to “Man U in meaningless share sale; Tottenham jogging along with the debts”