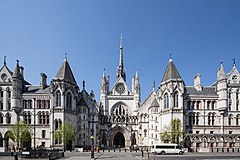 The cancellation of the Arsenal trip to the USA because of a couple of cases of covid has meant that the media has been able to run another set of “Arsenal in chaos” stories while by and large ignoring the latest failures of Manchester City in its eternal battle with the English courts.

So in case you missed it, the court of appeal gave Manchester C another battering yesterday over its alleged breaches of the Financial Fair Play rules.  One of the judges said that an element within Manchester City’s legal arguments was “entirely fanciful”.   Which I think, given the background to the case was something we had guessed.

Manchester City appear to have been using a lot of devices to spin out their appeals against financial fair play breaches – so much so that at one stage we thought the case by the Premier League against the club had been abandoned.

Which would have been a surprise given just how angry some of the PL clubs were with Manchester C.  But MC carries a lot of weight – although not, I hasten to add, that I am suggesting they have done anything wrong.

Which is a clever twist given that in being a member of the PL clubs have to agree to abide by all the laws and rules of the PL.  “Entirely fanciful” indeed.

Also interesting is that Man Ci have constantly tried to stop any publicity about the hearing coming out, and to their eternal shame the investigative panel of the PL have so far agreed.  Now though there’s been a court ruling so we are back on track. A final ruling is expected in 2029 – or maybe later.  But at least we can mention it again.

You’ll perhaps recall that Manchester Cit got the CAS to rule in their favour by arguing that the case against the club had not been presented within the time allowed, and CAS agreed.

In this English case Sir Julian Flaux, chancellor of the high court, no less, said: “The suggestion that press interest and speculation might disrupt the investigation or the arbitration, where both are being conducted by experienced professionals, is entirely fanciful. Likewise the suggestion that press comment and speculation following publication might damage the club’s relations with commercial partners was unconvincing.

“As Lord Justice Males said during the course of argument, any potential commercial partner with whom the club might enter a contract would be bound to conduct due diligence, which would reveal the existence of the investigation and the dispute.”

So, a total put down, revealing a childish and simplistic attempt to waylay the court.

But that’s not all.  The court pointed out that as the arbitration procedure was “public knowledge” [a reference perhaps to little Untold, since we are one of the few places to cover this tale from the off] the club could not make the argument that it cannot have a fair hearing.

Sir Julian then gave the defence lawyers the ultimate put down saying that argument was a “non-lawyer’s interpretation of the allegation of apparent bias.”  Good on yer Sir J!

The 2016 clarification of the “totally without merit” by the court of appeal stated that the phrase meant that any appeal was “bound to fail”.  Manchester City seem to have wanted this concept removed from the court records!  Kicking this out the judges declared, “It is difficult to envisage a more eloquent demonstration as to why publication of the Merits Judgement is in the public interest.”

Lord Justice Males stated, “This is an investigation which commenced in December 2018. It is surprising, and a matter of legitimate public concern, that so little progress has been made after two and a half years – during which, it may be noted, the club has twice been crowned as Premier League champions.”

It has not been confirmed that a member of the Manchester C entourage did actually say, “If the courts won’t give us what we demand, we’ll just have to move to another jurisdiction.”  Perhaps he did, perhaps she didn’t.