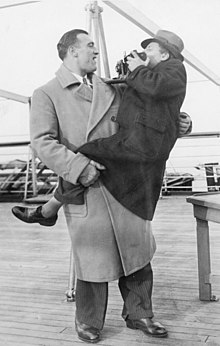 As we all know, Messi was available to any club that wanted him on a free transfer, what with Barcelona not being able to complete the re-signing arrangements allegedly because of the way the Spanish League’s wage control structure works (although recent reports have said they could have done it – but that’s the media for you).

However looking at the plans PSG are advancing, Messi’s salary seems to be coming out at around £557.692 a week.

Now surely the club would be able to earn twice that a week just selling shirts with his name on, plus each blade of grass Messi trod on at £5 a piece.  So in effect the club would be making money by signing him, since he was available on a free, and with groundsmen being ten a penny (now most of the playing fields of England being turned into building sites or left to rot into mud patches by an inattentive and morally and financially bankrupt FA).

Failure to sign Messi looks like a piece of gross mismanagement and a failure of galactical proportions by Edu and the Kroenkes.  It is, in financial terms, indecent.

What’s more given that Ozil’s salary has departed these shores, the club had already covered 60% of Messi’s salary anyway.  A little creative accounting on the VAT returns and the money is there – and those VAT inspectors can be bought off in a trice – I mean what football clubs pays VAT any more?  The mere thought is so last year.

And besides the players would surely have voluntarily contributed 10% of their wages for the honour of playing with him in their team, wouldn’t they?

Plus there would have been another bonus because most certainly the PGMO referees would have NOT been willing to do anything against Arsenal with each and every newspaper journalist going to the pub to report on their every decision. In fact surely Mr Boris would have made penalising Messi a criminal offence.

As our article “Media suddenly realise it wasn’t Arsenal who were awful last season” shows, referee arrangements are manipulated so that referees who hand out multiple yellow cards against Arsenal players, are in control of most Arsenal games.

So having Messi in the team earns Arsenal money from the shirt sales and points from the referees as no ref dares argue with Our Lionel (as he would have been renamed).  Plus remembering that referees are appointed the day before the game while Arsenal only have to hand in their team to the referee one hour before the match, the PGMO would have no idea if Messi was in the squad or not, when they appoint the referee.   Our man would be in the middle for every match.  And since the media are not allowed to report match fixing or incompetent refereeing in England by law, we’d be fine.

Thus the incompetence by the Arsenal management not to get all this arranged is mind boggling especially as Messi appreciates that coming to Arsenal would be much more prestigious for him than going to PSG.  After all, we’d give him a seat in the House of Lords where he could sit next to Lord Whatsup of Little Snorkling.

It is also a gross failure by the TV companies who by and large run football and who would have made a mint out of this.

It has been argued that although all the above is undoubtedly true, once Messi left Arsenal, the club would become fair game for the revenge minded referees and journalists once more, and as a result Arsenal would suffer.

But that does depend on the scurrilous tale that Messi is not immortal, being true.  Messi, as we know, had proposed a ten year extension to his contract at Barcelona, which does indeed indicate a playing ability beyond the age of Sir Stanley Matthews (something which had been thought to be impossible under the Law of Gravitation).  But if Arsenal have found that Messi is not after all immortal that could be calamitous for Messi’s later transfer value, not to mention the Church of Messi, a cult which now rules most of the newly green and pleasant lands of Antarctica).

(The cult incidentally is overseen by the Rev Culto Messo a man built on large lines, who on entering his church instantly fills it to overflowing. In physique he was not unlike what Primo Carnera (pictured above) would have been if Carnera hadn’t stunted his growth by smoking cigarettes when a boy.)

As a result of this the hunt is on for other immortal players who could play like Messi.

Also as you may well know the rules in Spain were changed some years ago to reflect the fact that Messi was not allowed to be on the losing side in any match, and this caused a protest from the goalkeeping division of the Cultural Asociación de Futbolistas Españoles (Cafe) who felt that as long as that rule was kept secret they were made to look rather foolish, what with their regularly letting in goals when the ball simply bounced off Messi’s left knee (approximate value $345 million).

This of course opened up a whole arena of new arguments and although the threatened strike by PGMO officials was enough to keep the players happy for years to come it was felt easier if Messi was allowed to go to France so that PSG would simply continue winning the league every season for ever more without anyone noticing.  Which is what will happen thus proving our point.

So there you have it  We could have had the player but the Arsenal board succumbed to threats by the British media and gave in.   Twas ever thus.