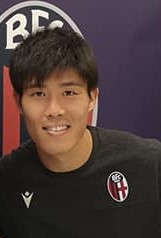 Put another way over 95% of the players tipped to be coming to Arsenal actually didn’t arrive.   The blame of course will be on Edu for not working hard enough, and not on the journalists and bloggers for being completely without a clue as to who Arsenal were chasing.

The fee yesterday was £17.2m to buy the Takehiro Tomiyasu from Bologna.  He can play at right-back or centre-back and could cost a further £2.8m in add-ons. That arrangement is probably because of his past injury record.

That makes three defenders we have signed: Tomiyasu, Ben White and Nuno Tavares.  Héctor Bellerín left.  The other three incoming were of course, Albert Sambi Lokonga from Anderlecht, Martin Ødegaard from Real Madrid, and Aaron Ramsdale from Sheffield United

Leaving us is Reiss Nelson has moved to Feyenoord on loan with a new contract on offer to keep him at Arsenal.  He is but one of 23 players who have gone either permanently or on loan.   The other later movers were Willian to Corinthians, Rúnar Alex Rúnarsson to Leuven on loan, and the aforementioned Héctor Bellerín to Real Betis on loan.

Tomi, as our new man was known in Italy, played 60 times for Bolgna from 2019 onward and 23 times for the Japan first team having started out with the under 16 team. His injury record suggests that he is a quick healer which is always helpful but he has had a series of injuries in the last season, the most persistent being a muscular problem.  But he made 33 games in league and cup last season.

The biggest problem with him is that from June last year he started playing for the Japan first team, and inevitably has been injured playing for Japan, although he managed to play in the Olympics.  Japan came fourth.

We’ll also be learning the names of all sort of improbable international tourneys like the Kirin Challenge Cup, and the Asian Cup and the Copa America – and he was the first teenager to play for Japan since Ryo (remember him?)

Now you may have thought that I slipped Copa America in just to see if you were awake, but no, it is true.  Japan played in the last Copa America.  These fiendish international events are spreading.  We’ll soon have players from Pluto playing in the Planets Cup.

Bologna’s coach Emilio De Leo said of him, “He has the ability to read and manipulate time and space in a modern way,” and the player gained a reputation for professionalism and commitment.

Thus our total expenditure was £147.50m in a market in which footballer’s prices went up by around 24% across the board.  We’ll do a comparison with other teams and the like, in the coming days but we did in the end spend the most.  Our incoming funds were £22m for Joe Willock.

Of the players leaving alongside Joe, 14 went on loan, two went on a free, and six went for an undisclosed fee.   Thus making 23 players who have gone either temporarily or permanently.   They are

And that was it.

Five clubs made a profit on their transfers this window: Southampton were top making £25m, followed by Brighton, Aston Villa, Norwich and Watford.   From this it suggests Norwich in particular are playing their usual game of refusing to buy in order to try and stay up, but are happy to bounce up and down, collecting the solidarity payments each time they return to the Championship as well as the income from a year in the league.  Southampton have significant financial problems, and Villa have spent incredibly heavily in the last couple of summers.

We will have more on this anon.

10 Replies to “Takehiro Tomiyasu makes us the top spenders, and most went on the defence”