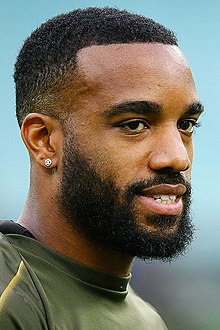 Since 1 January, all players transferred from EU countries to English clubs have required an endorsement from the Football Association to be granted a work permit, and English clubs have been banned from signing under 18 year olds from foreign lands.

This, it was feared, could have had a major impact on transfers, not least because the FA are known to take two weeks to answer the phone, and have still failed to apologise for their part in banning women’s football.

But meanwhile players seem to have been moving around as if nothing had changed!

What’s more, as we noted in the previous report, the Football Observatory website tells us that “Since 2014, the annual inflation growth rate on the transfer market for big-5 league footballers has been 26%.”

So, top footballers cost more with an inflation rate of 26%, bringing players in from the EU has been harder, and foreign players can’t be signed until they are 18.  Which should have affected the transfer market this summer rather considerably.   So what did all that mean when put together?

In rough and ready terms the amount spent by the Premier League has gone down by around £100m a year, but the cost of players has risen by 26% a year!!!

Which put together tells us, top footballers cost more, PL clubs are spending less, but PL clubs are buying more players.  How come?

In fact the key stat is that each year the number of players signed by PL clubs on a free is going up year after year.  It is now at 22%.  Only four PL clubs this summer didn’t get a player on a free.  Last season it was eight.

The story of a decline in transfer spend is replicated across all the main leagues in Europe, except Germany where the Bundesliga actually did increase its gross spending.

But the Premier League is still the big spender.  Different sources quote different amounts but the £1.1bn figure is most often seen.  Exactly comparable and reliable analyses from other leagues are hard to get but from what we can work out the PL’s transfer market this summer was ten times the size of the market for top league clubs in Spain, Italy and France!!!

Now all these figures are vital to any understanding of the transfer market, but they are all ignored by the anti-Arsenal machine that is newspaper and website commentary on Arsenal.

To explain this bit of invention the Mirror quotes its own website (Football.London) as if it were an independent source, saying “football.london report that Alexandre Lacazette will run down his contract and leave without handing the Gunners funds in June 2022.”

This is reported as a total cock-up by Arsenal – the implication clearly being that other clubs don’t get into such a situation.  And yet here we are where getting on for a quarter of transfers are on a free at the end of the contract across all clubs.

The idea reported is that Lacazette would go to Atletico Madrid, but the fact is that Spanish transfer dealings were massively down this year, not just because of the European decline in transfers but also because of the collapse of Barcelona’s finances, which normally help power the Spanish market.  Barcelona made a profit of £35m on transfers this summer.

And then when we consider the news that Mbappe will rejoin Real Madrid on a free next summer, Laca running down his contract hardly even seems worth a mention.

So while the Mirror and FoLo play anti-Arsenal games with “Arsenal are set to repeat Aaron Ramsey mistake as transfer deadline day draws to a close” the fact is that either they are deliberately manipulating the news to make it fit with their “Arsenal are in chaos, Edu is an idiot” agenda, or the people at the Mirror and FoLo don’t really understand what is going on in football transfers.

Of course the big problem for the Mirror and the rest of them is that the entire Premier League only signed 148 players this summer.   But the media tipped over 130 players as likely to be coming to Arsenal.  We’ll be back to that rather interesting situation shortly.

What the media now has to do is continue its argument that Arsenal were the odd ones out, failing to buy and sell properly while the rest of the league gets it right.  Yet that is utter nonsense.  What actually happened was that journalists tipped over 130 players to be coming to Arsenal and only six arrived.  And that is just a part of the story they are desperate to cover up.