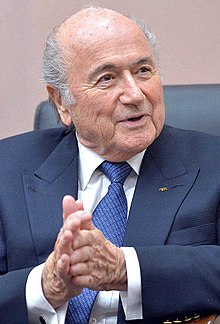 Sepp Blatter and Michel Platini have finally been charged with fraud by Swiss prosecutors over a payment of about £1.35m to Platini, and both now will go on trial.

The media in Britain is reporting this a little, but interestingly they have omitted one very salient point from the case in their reports, owing to their continuing attempts to make it appear that Fifa is a nice, jolly, clean and uncorrupt organisation so that it keeps its rights to broadcast world cup matches.

So, since they won’t tell you what’s going on, here’s our thoughts…

The charges against Blatter and Platini relate to the case that removed Blatter from his role as Fifa president and ended the campaign by Platini, (then Uefa president), to succeed his chum as head of Fifa.   The essence of the case was a typical Fifa scam, in which Blatter and Platini conspired for Platini to be paid an extra salary from Fifa funds for working as a presidential adviser in Blatter’s first term, from 1998-2002.  The point was that the salary was asked for and paid long after the work was supposed to have been undertaken, and was paid because Platini was running into financial difficulties.  There were no records showing an agreement for Platini to do the work or to receive the money.

The case has been mentioned in the media, but the big point that everyone in the UK media seems so frantic to avoid (because the FA never wants anything said that will upset Fifa, and Fifa doesn’t like journalists saying anything nasty about itself – something with which the English media is ludicrously compliant) is that this case was investigated by none other than the Swiss attorney general Michael Lauber.

And this is of interest because in May 2018 it was revealed that Michael Lauber – the most senior legal official in Switzerland – had met FIFA President Gianni Infantino in March and April 2016 in secret, and that neither of the men in the meeting made any record of the meeting.

So to be clear, the case which is now going to be brought, hinged on a secret meeting between the head of Fifa and the head of Uefa, and which resulted in the payment of a huge sum of money from one to the other, was investigated by the legal officer (Lauber) who himself later met the current Fifa president (Infantino) in another secret (and thus illegal) meeting.  As a result of that secret meeting Lauber lost his job in 2020.

The Swiss authorities made it quite clear that the concealment of a secret meeting between Lauber and Infantino constituted in particular a serious violation of the duty of office.   Also in a nice twice the court noted that Lauber had “forgotten” that the meetings took place suggesting that this lack of memory itself made Lauber unfit to hold his office.

Then in April 2021 it became known that a criminal case was opened against Lauber’s communications chief André Marty,   Of course the English media ignored this, but this left Infantino really in difficulty.

So Blatter and Platini had secret meetings and concocted a non-existent agreement for Platini to be paid money from Fifa funds.   The case was investigated by Lauber, who subsequently went on and had illegally secret meetings with Infantino, and Labuer has now been kicked out.

The Swiss are quite clear that the concealment of the third meeting between Lauber and Infantino constitutes, in particular, a serious violation of the duty of office.

Interestingly the statement put out as the resignation was accepted said, “We need a strong prosecutor in the fight against money laundering, organised crime and terrorism.”  He seemed to be thinking of Fifa.

Of course, the English media still ignore this, but Infantino is now in further trouble and the kowtowing that the FA does to Infantino and Fifa in its present guise could well be a total waste of money, and ultimately a supreme embarrassment.   The rest of Europe knows what is going on, but the poor dear FA, who restrict themselves to the English papers, haven’t got a clue.

Mind you, maybe I’ve got this wrong.  Maybe the English papers aren’t suppressing the story.  Maybe they simply don’t realise the implications.  But when the Blatter – Platini – Lauber affair gets going in court, there could be some amusing revelations.

6 Replies to “Blatter and Platini charged with fraud, as English media again miss the point”