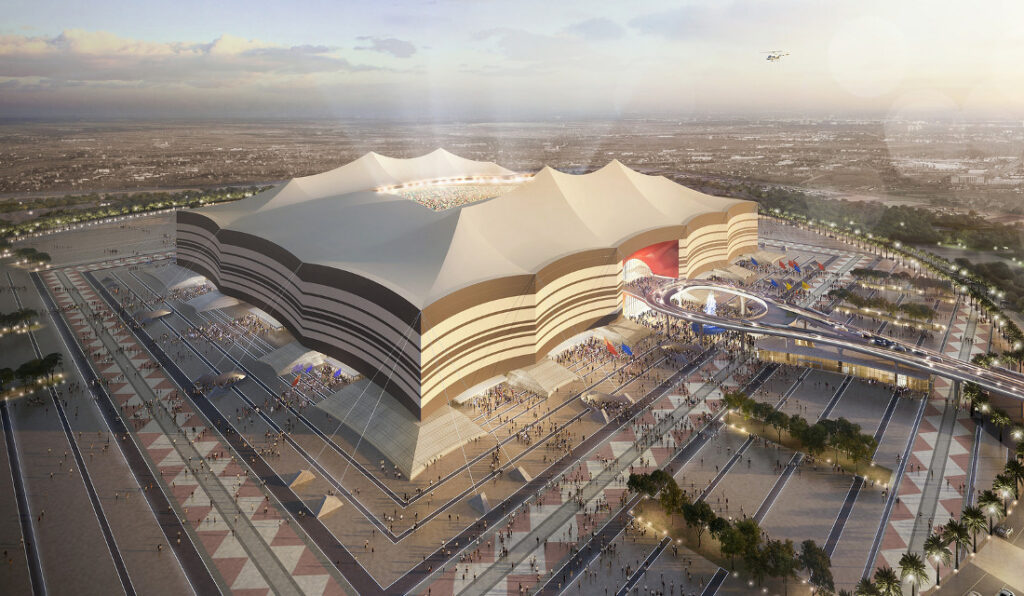 Let’s ask a simple question.  If everything was straight and above board in Qatar, why have secrecy?   If there is nothing amiss why not open up every aspect of Qatarian society, and the organisation of the world cup?   If everything is running in a way that we would all immediately approve of, why threaten to sue a small Norwegian publisher?  If the UK media were not under threat of intimidation, why would they not mention any of this, even if the resultant article were to say “we’ve looked at the allegations and they are all false.”

Not mentioning anything can only enhance suspicion that those of the UK’s football teams that qualify for the world cup final will be playing in stadia built by slave labour.

Of course, I have to be clear – Untold Arsenal doesn’t have any evidence.  We don’t have a team of spies or agents in Qatar sifting through data, picking up stories.   What we do is read other sources which keep on mentioning this issue of slave labour.   And now we find that the Norwegian publication “Josimar”, having published an article at the end of October that critically focused on Qatar’s World Cup stadium programme has been threatened with legal action.

The article was about the legal case against an employee of Qatar’s World Cup Supreme Committee, who had spoken out against the actions of management in a legal case concerning unpaid migrant workers.

The employee in question worked in the communications department and was reportedly given five years in prison, and in the article Josimar backed up the suspicion of an unfair trial with an audio recording in which the head and public face of the Supreme Committee Hassan Al-Thawadi engages directly in the discussion.

Human Rights Watch is among the organisations that has reviewed the issues of freedom of speech – and if you are interested, that link is worth following through.  And now the Supreme Committee, through its lawyers has threatened to sue Josimar over its reporting.  The Qatar claim is on the grounds that the use of the audio recordings is a violation of privacy.

However one of the leading arguments from various western countries for engaging in the 2022 World Cup finals is that holding the finals in Qatar is helping to create change, by forcing Qatar to adopt western standards of employment and human rights.

Indeed there have been a number of statements floating around to the effect that the legislation regulating the conditions of migrant workers in Qatar has been significantly improved and that the state is opening up.  Which again makes it odd that in such circumstances the state should take a backward step and start threatening legal action against a magazine that publishes a story it doesn’t like.

Head of the Supreme Committee, Hassan Al-Thawadi is alleged to have wanted the communications department to show that there was no relationship between the 2022 World Cup and migrant workers’ demonstrations in 2019, where the workers first made the point that they were not being paid properly.

Now in threatening to sue Josimar the Supreme Committee is reinforcing the suggestion that in Qatar freedom of speech is not only not welcomed but also not valued.

What this suggests is that when the big boys of the media arrive in Qatar to cover the world cup, they too are going to be censored in terms of what they say – although of course they won’t have been around to watch the building of the stadia, nor to witness the alleged treatment of migrant workers.

So we come back to the basics.  Obviously, Untold Arsenal doesn’t have any evidence in this case.  But looking on from the outside, Qatar at present lacks a certain amount of credibility when these accusations are made.  It has the choice – be open and show the world how the stadia were built and enable the world’s media to interview the migrant workers about wages, conditions etc – or be closed and start threatening to sue small publications.

Interestingly, the Independent online newspaper, allegedly deleted its own critical article about the jailed former communications worker.  Now if that were so, why would they do that?  One possible reason would be (and of course I have no evidence, I am only speculating) that the Independent has either been threatened with a libel action, funded by the state, or has been told that its journalists won’t get to enjoy the giant freebie that the world cup finals normally are.

I can be quite clear – I have no idea what is going on here, apart from the fact that a small publication has made these allegations which various mainstream charities have been making for some time.   You may choose to dismiss them, or you may wonder why the mainstream media has gone so quiet on the stories of the exploitation of migrant workers in Qatar.

And you may also ask, does it matter if our nation supports this event, arguing perhaps there is nothing much we can do about it either way.

If so you can rest happy in the knowledge that I don’t have any evidence – just a story from an obscure Norwegian publication and reports from a few British charities.  Or you might just remember one or two of the other activities Fifa have been involved in and which is still engaging them in the Swiss courts.   If the stories are true, at least we can say that the FA, Fifa and Qatar thoroughly deserve each other and should get on famously.