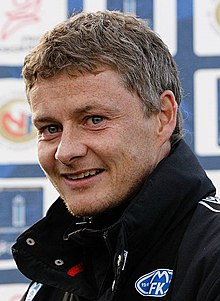 There is an article in the Athletic, (Daily Football Briefing 15 November), that suggests that most people believed that Ole Gunnar Solskjaer would be a success as Manchester United manager, for the simple reason that, as a former player, he understood the tradition of attacking football at the club.

It is one of those easy to write throwaway lines which sounds ok as an opening, but which when investigated, actually isn’t quite right.

In the last three years of his long reign Sir Alex Ferguson had the team scoring between 78 and 89 goals a season.  But it was not always thus – in 2004/5 for example the club slipped down 58 goals, but to be fair, by and large under Ferguson Man U were at the higher end of goalscoring.

However, since then the number of goals scored per season has mostly been around the lower 60s, dropping to 49 in 2015/16 and only once even approaching the Ferguson level.  That campaign they knocked in 73 last campaign.

Now, this is not some irrelevant bit of finger-pointing, but is actually rather important, because the whole article in the Athletic follows from the premise that Manchester United are traditionally a high scoring side and that the current manager has let things go.  But in the past eight years, as the club has meandered between finishing second and seventh, that previous high scoring profile has been lost.  They have in fact returned to their pre-Ferguson norm.

However, there are no figures provided, which is always a giveaway.  Yes this piece may be about ex-players sticking up for a friend, but it is also an example of contemporary journalists not bothering to go back and check the facts.

Manchester United were a high scoring team most of the time under Ferguson.  But that does not make high-scoring a club tradition.  Before he arrived and after he left, Man U were not much different from other teams that hung around the upper half of the table.

There is another assertion in the piece, with the quote of Rio Ferdinand, “That’s what it’s about — the young lads coming into the side and playing! Sitting back and defending? It don’t happen here!” when in fact in the game in question (against PSG) that is exactly what Manchester United had done.”

Yet in criticising that comment the Athletic’s Michael Cox who is their expert on tactical analysis, misses the whole point.

Ferguson, although appearing quite often to be an unpleasant sort of man, did unquestionably build teams that could score goals and win matches.  But that was a Ferguson achievement, not a Manchester United tradition.  Since Ferguson left, across the eight seasons, the average goal scoring by Manchester United in the league has sunk to fractionally over 62 goals a season.  Only once did Ferguson record a league total of goals that low.

Thus while criticising its rival commentators for not being accurate in looking at Manchester United figures, the Athletic’s head of tactical analysis, does exactly the same thing.  Ferguson regularly took the club’s goal scoring up to higher levels than achieved before, but all the other managers in recent times have returned it to the level of goal scoring that were the norm in earlier days.

Of course sloppy football journalism is so commonplace it is hardly worth mentioning, except where it is part of a continuing attempt to do down Arsenal.  And one can argue this the Athletic is no different from anyone else.  Indeed we’ve even done a little piece about how they screwed up Arsenal’s history in relation to Dial Square.  Which is odd for a magazine that seems to pride itself of its cutting edge commentary and insightfulness.

Of course you can find many factual errors in Untold, because we are nothing other than a small bunch of fans doing this because we think there is a shortage of accurate Arsenal articles around (and if you’d like to join in by writing an article that fits our brief of being positive about Arsenal you are very welcome – email your article to Tony@schools.co.uk).

But what we try and do is to publish facts and figures to justify our claims.  The Athletic, at least in this piece, and in the notorious Dial Square piece, seems to criticise Man U, without providing the real facts – facts which tell a different story.

Most of all of course I want Arsenal to win trophies.  But second to that, I just wish journalists could be bothered to check their facts, rather than assume that we are all so thick that we don’t know when they are simply making it all up.

One Reply to “Do Man U know how to attack? Or is it just journalists making it all up?”