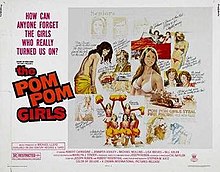 According to an “exclusive” in the Daily Mail “Football’s lawmakers IFAB [are planning] to discuss increasing half-time to 25 MINUTES in a bid to accommodate Super Bowl-style entertainment shows.”  (Their capitals, not mine.  They do that sort of thing in the Mail).

They then go on to talk about the “15 minute traditional half time” whereas in fact the tradition for most of the history of the Football League was a ten-minute halftime.  It was changed officially in 1995, although before that when Sky started to broadcast live matches in 1998 they began putting pressure on the clubs to take longer, so that they could get extra rounds of advertising in.

Anyway the suggestion is that when the International Football Association Board meet on Thursday they are going to start the discussion about longer half time so that there can be more advertising with the crowds kept occupied by what is sometimes jokingly called “entertainment”.  If you have ever seen the American Super Bowl, that’s the sort of stuff they have in mind.  It may entertain some; doesn’t do much for me, but maybe I’m getting curmudgeonly in my old age.

It would however presumably also increase alcohol sales, so alcohol companies seem to be putting their not inconsiderable weight behind the scheme.

The argument against the move, however, is that a longer pause will then mean that players will have to warm up again in order to avoid sustaining injuries in the early moments of the second half.

But it is seen as yet another way to make money – rather like Arsenal’s encouragement of supporters to buy a crypto currency that could quickly become worthless.

The Daily Mail in running the story however also suggest that, “It seems unlikely that CONMEBOL’s request will be backed,” and they add that “A similar attempt to increase the length to 20 minutes in 2009 was unsuccessful,” which is news to me.  I must have been dozing when that happened.

Anyway, it seems that the South American governing body, (an organisation which, it appears, have significant financial difficulties, as well as the smallest number of members of any of the affiliated regions) are behind the notion.  Most supporters’ groups who have picked up on the idea are against it.

To be fair and balanced (and when were we anything but that?) CONMEBOL said their intention was to improve the spectacle for supporters.   Now that is interesting because as far as I know, the “spectacle” is the football match.   The notion of community singing and pom-poms with grinning ladies is not really connected with football in any way.

Indeed I would argue that at a time when a huge amount of effort is being put into attracting a bigger audience to women’s football, the sort of sexist razzamatazz that American sports indulges in, is exactly what we don’t need in football.  But CONMEBOL claims that the spectacles on TV in other sports are “well-received” in other parts of the world.  Obviously, I move in the wrong circles.

As a sideline, they have also said that extended half time would allow coaches to make tactical changes during half time, and thus improve the quality of football.  Next, they will be saying that crowd noise should be blanked out and synthesised crowd noise pumped in to make football more acceptable to the family audience.  And to encourage the teams to play better football!

But really it is all about getting more advertising revenue.   The Mail tells us that “Half-times in the NFL tend to last around 12 minutes. In the Super Bowl, however, they can last up to 30 minutes.”  A wedge, and a thin end, come to mind.

According, again, to the Mail, half time entertainments now promote as much media discussion as the game itself, so we can just imagine Sky and BT being rather excited with the notion that at halftime between the two lowest-scoring clubs in the Premier League (Norwich City and Tottenham Hotspur to name but a few,) the commentators would love to discuss pompoms and songs rather than attritional defending and dire errors.

Apparently, at the meeting, there will also be a discussion of permanent concussion substitutes – if there is time after they have finished discussing the pom poms, but the likely outcome is that no decision is taken on concussion, while lots of watching the video of the pompom girls with action replays will be the order of the day.

The new game for the billionaires: buying a multiplicity of football clubs

8 Replies to “25 minutes for half time? That’s what the international board are wanting”