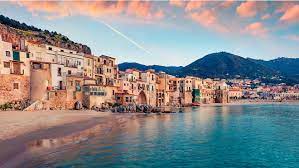 30’000 francs offers from the mafia to UEFA referees

That is the headline in the Swiss paper 20min, and normally at this point I’d be saying “Why do the Europeans cover these stories but not the English papers?”

But in fact this time it is the other way around, because the story broke in the Sun and has been picked up by the Mail, both English newspapers.

The Sun’s lead is:

“Officials are offered up to £25,000 to swing matches, according to a leaked memo seen by The Sun.”

The memo, which the Sun says was sent to the FA and other governing bodies and then passed on to their journalist, says, “The corrupters made use of cyber-crime tactics not previously seen in reported corrupter messages, possibly pointing to a bleed-over in tactics from more sophisticated groups or even the potential for collaboration with such groups.”

There is also mention of “incidents in which a suspected match-fixer attempted to recruit referees to manipulate matches via social media” adding, “This evolution may have been accelerated by the Covid lockdown, during which cyber criminals both diversified and intensified their criminal activities, according to Europol.”

Clearly the Sun have the whole document since they go on quoting from it directly, saying, “We assess corrupters will likely continue to attempt contact with players, referees and other officials via social media and the use of more sophisticated messages, including personalised content and manipulation techniques.”

Now it needs to be clear that there is no suggestion that PGMO referees have been particularly targeted here, presumably because the statement in the paper says, “Some of UEFA’s top referees are reportedly the target of new bribery techniques to be approached to fix matches.”

The Daily Mail, in a note at the end of its piece, also adds, “It is not thought that English referees were targeted, however the messages were sent in English.”

The lack of English referees however may not be that difficult to understand for as we know PGMO employees are not considered to be among Uefa’s “top officials.”  Indeed as the Guardian reported there were “no British referees as the Russia world cup” in 2018 – the first time since 1938 without a British referee.”

The Daily Mail, in its discussion of the plot, adds that, “This kind of process has developed widely in recent years, especially with the pandemic. Some are offered up to the equivalent of 30,000 francs to manipulate a match.

There is also the suggestion that “The use of social media to make contact and attempt bribery also seems new to the memo’s authors,” which is perhaps surprising given the dominance of social media.

This brings us back to the key question that Untold has so often raised.  If there is even a hint of something amiss, what is the best way to deal with it?  Is it to be hyper-secretive and not discuss the issue at all, or is it to be open, state that the problem is there, and that greater vigilance is needed?

As Untold has attempted to point out on numerous occasions, because of the way the media refuses to discuss even the possibility that there is something amiss with refereeing in this country we have a perfect case of “gaslighting” in which a specific topic is simply not available for discussion.

Because of that approach, it becomes much easier for criminals to operate in the world of refereeing, simply because there is no recognition that anything is wrong, or could ever be wrong in the world of PGMO.  No referees are warned to beware, there is no open discussion of the problem: everything is a secret.  In short the PGMO has created the perfect world for this sort of corruption to evolve and flourish.

This, I must stress, is not to suggest that there is wholesale corruption of referees in England, nor indeed any corruption.  But the joint decision of the media in the UK never to raise any questions about what PGMO is up to, why it is so secretive, and numerous other issues (even down to the Premier League’s own site restricting its coverage of fouling analysed by clubs, in the Premier League matches) makes discussion of the possibility more difficult.

As a result, the criminals have an open playing field in which to operate – aided and abetted by the PGMO’s fanatical devotion to secrecy.