By Dr Billy the Dog McGraw, head of the Department of Certain Things at the University College Hospital of the North Circular Road. 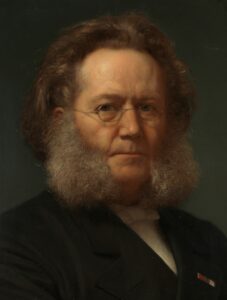 Liverpool as you will have heard, has asked for their league cup semi-final against Arsenal to be stopped on the grounds that although Liverpool are higher up the league than Arsenal, Arsenal’s team is younger on average and therefore more likely to succumb to the virus, should it, as promised in Genesis, rise up from the Mersey and devour the populace.  They thus proclaim by not playing the game but giving the tie to Liverpool they are doing Arsenal and indeed the whole Football League, a favour.  (Cries of hear hear).

There have been a number of positive tests for Covid-19 at Liverpool FC, and although many put it down to their eating far too many vegetables, when the manager saw the shape of his team yesterday he leapt from his chair with a wordless cry like that of a sleeping cat upon whose tail some careless Merseyside shoe had descended and demanded that Liverpool go through to the final without the tyranny of playing.  “It would,” he said, “be too dangerous to contemplate the alternative.”

Questions from Untold enquiring as to the presence of vegetables on Merseyside we were referred to the Wirral, where one was reported lost last year, and was recently seen alone and in distress.

With the League declining Liverpool’s first request, the club, who under a statute of 1893 laid down by the Football League allowing the club to do anything they want, sent in a second request.

Hoist by its own apron, a press conference was quickly called during which the Liverpoolian manager spent most of the occasion talking knowingly while standing on his left leg.  Then with a sudden change of policy for which he is justly famous, he shifted and stood on his right, thanked everybody and walked off to ensure that the tie should be awarded to Liverpool for safe keeping as has quite rightly become the habit and custom.

Jürgen Klopp, Alisson, Roberto Firmino and Joël Matip are said all to have passed their GCSE coronavirus exams and are thus excused training.

Previously nine Liverpool players were missing at Stamford Bridge, which of course was pure carelessness, as the signposts really are quite clear, while a result of deciding to become voles means (and this is the pesky bit) Mohamed Salah, Sadio Mané and Naby Keïta are now stuck on a barge on the Trent and Mersey looking rather like something that might have occurred to Ibsen in one of his less frivolous moments.

Further moves from Liverpool reinforced the notion that it was right to request victory in the final as well. The club are awaiting a decision from the EFL but could face more problems with the fixed match schedule should the request not be granted. Mr Klopp has stated he would prefer the semi-final to be decided over one leg.  Preferably his left as the bruises have now healed.

From the hills of Liverpool 8, soft music came. Or, if we must be exact, Mr Klopp spoke.  “We have formally requested to the EFL that the Cup is given to Liverpool before the game, as it is ours by right, and the positive tests we have all just had simply proves the matter.   We are now awaiting the results of the RSVP tests and that I think will put an end to the issue once and for all.  There will be dancing.

At this point a voice from the crowd shouted “`I hate you, I hate you!” before realising that this was not a rehearsal for the crowd scene of the modernised version of Macbeth at the Liverpool Theatre, although others in the audience disagreed.

And so, without further warning, a platoon of locals appeared on the horizon walking toward the field of Ann.  Satisfied, the Liverpool manager dictated a letter to the Committee Ordained Variously Inside Dockland which he felt sure would make them realize that life in these north western cities is stern and tough and that Liverpool FC is not put in this world for pleasure alone.

And therein I think we can most readily agree.

From Kluivert to Smith Rowe, the Arsenal future you simply won’t believe!

The rise of Arsenal’s authoritarianism, the decline of Arsenal on the pitch