After receiving 7 million LIKES so far ( nb – each AKB’s  LIKE is equal to a million!), for the first part of this Fantasy Football series, I’m suitably moved to present the next instalment of our sincere endeavours  to clear the site, stadium, the Arsenal Universe and the world of those vermin, here goes…..

1. The Spud Bashers
.
This should be  a very popular item during the annual  St. Totteringham’s Day!
.
It can also be used to skeet shoot those impractical commemorative plates, saucers and plaques that they have ill advisedly and erroneously already prepared to celebrate winning the EPL, or for second place!  Or third place. And as the cynic said, they already have all the mugs!  While Arsenal have all the cups!  WOO HOO , HOO !

What’s that ? The chickens are hatching ?

-To nullify the stupidity of the massed ‘them’ by very high pitch sounds, which will stop them in their tracks.  And which only ‘them’  and their ilk can hear.  Sadly, we have not been able to reverse their stupidity.  Hopefully our future Brainiac series will render ‘ them’ smarter.  Brain washing first requires them to have one in the first place !

The downside is that many drones have  been  lost by accidents in the air, as well as being shot by Spud Bashers!  Randy birds often try to have sex with them . Talk about joining ‘The Mile High Club’ !  At least one on them was reprogrammed and had eloped with a giant  amorous Albatross !
Anyway what do you guys think of this  latest AK AK AK AK model ?

This is an air spray that renders ‘them’ sane, gives clarity  of vision and copious amounts of good cheer . Thereby rendering the whole stadium very positive and Looney Tune-ly happy. It is so named after the delusional and hermetic Canadian scientist who tried to prove that there were at least two Tundra snowflakes which were alike .

His use of Helium as an visual illusionary enhancer lead to this laughable …., sorry laudable, breakthrough.

There are some who believe that the clairvoyance he experienced was actually a form of  post traumatic stress disorder (PTSD) flashback. As almost everyone knows, he was a practising hippie who had ‘dabbled ‘ with  some fine s*it and stuff back in the sixties. He was a member of an Inuit dog sled gang that made many dangerous and illegal runs smuggling  Polar bear pelts , whale blubber  and refrigerators,  that makes the Millennium Falcon’s Kessel Run seem like a trip down to the drugstore!

To his credit, he did organise the famed US- Canadian underground railroad  that saved many American conscientious objectors who were fleeing persecution for their  steadfast beliefs against the Vietnam War, as well as the repressive Republican policies of the time. Some of them have gone back home and are now war mongering politicians themselves.

This spray has another positive advantage, as it has a profound effect on the pigeons outside the stadium. They never crap on the statutes at the Ems (thus saving money on the cleaning bill!)  , or on true Arsenal Fans. The save their ‘payload ‘ for people who boo , bitch and moan , as well as on away fans. 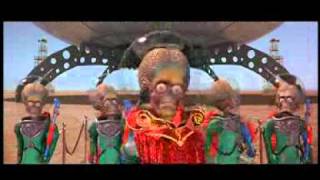