“The Arsenal and The Arsenal” theme suggests that there are two different groups of people interested in the club, and each sees what is going on, and considers what is important, in ways so different from the other that there is just no connection between the realities, except that they are all supposedly about The Arsenal.

Part of my argument is that the stories of the dominant side (“the media”) never change.  As I’ve noted, during the late summer and early part of the season, every single Arsenal first team player was described by different pundits and writers as being not just useless but a danger to the side and who needed to be moved at once.

Now that Arsenal are doing ok in the league, the story has changed.  This, we are told, cannot continue because Arsenal are scoring more goals than they should (I know that sounds weird but that is what the xG argument says) and (bringing back the old old old approach) they are just dead lucky.  “Oh Lucky Arsenal; lucky lucky lucky lucky Arsenal”.  How long since we heard that song?

So in this regard nothing changes at all.  The more we win, the more we are told we should not be winning, it won’t last, it’s a trick of the light…

And yet, and yet…

Football does change.  I mean who would have predicted that someone in Chelsea would have the insight and imagination to try something other than banning orders on the racists in the Chelsea support?   Not me, for sure.   But we are told Chelsea chairman, Bruce Buck, has announced that they will be saying to their racist supporters, “We can ban you or you can spend some time with our diversity officers, understanding what you did wrong.”

It seems Chelsea had a delegation at Auschwitz for the annual March of the Living back in April, and the plan has developed.  The Chelsea Supporters’ Trust and the Football Supporters Federation’ are supportive of the idea, I am told.   And let’s hope it works.  With such mentalities anything is worth a try.

So yes, change can happen.   But here it happened because people took an initiative.  What doesn’t change is the crass reporting of football by blogs, TV, radio and the press, which just follows the same old same old approach all the time.  I can remember Merson ranting against Arsenal when he first joined Sky.  He’s still saying much the same.

The media don’t even learn when they get it wrong.  Just look at

In a sense I wouldn’t mind too much if the media that ran such false news then apologised and put the source of their fake reports in the stocks.  I know we don’t have many of the old stocks left but there are a few – there is one in the village of Brixworth about 15 miles from my house, so there must be a few others about. 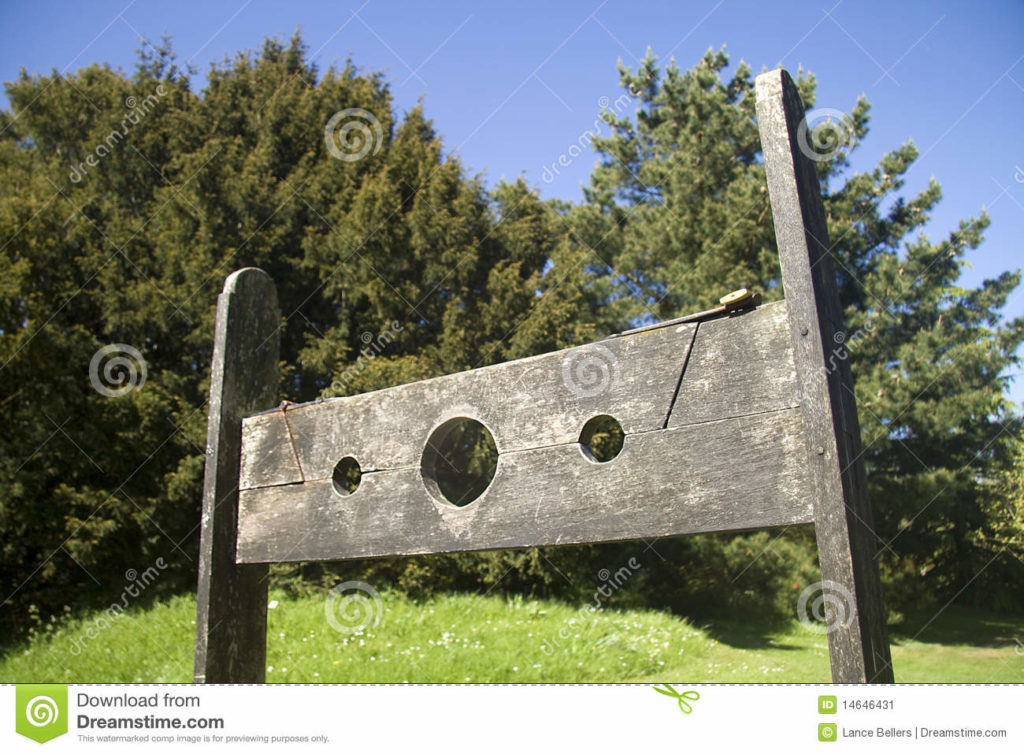 And the trouble with all this fake news is that then when we get a headline like “Russia players detained by police after attack on civil servant” we have no idea whether it might be true of whether it is of the same ilk as “Henry to Villa”.

Sometimes of course the mainstream media do give in and start to follow our lead.  There has for years, decades and probably centuries been the rule that no one criticises the FA and the way in which it spends the taxpayers’ money that it is given on a sickeningly regular basis. But then along pops the headline that “You don’t need to be Einstein to have concerns over how FA would spend Wembley sale money” and one thinks, wow, maybe we are having a tiny bit of influence after all.

I know that the Telegraph is not calling for the FA to be wound up on the grounds of gross incompetence, racism and sexism, or at the very least all government funding of the FA to stop, but at least it is a tiny step in the right direction.

And they have of late broken the story that the FA performance guru Dave Reddin has been accused of overseeing a ‘culture of fear and bullying’ – and again such revelations are normally kept very firmly under wraps.   Indeed in a second article they have reported, “Dave Reddin continued to preside over a ‘culture of fear and bullying’ at the Football Association after undergoing training to change his leadership style.”  The piece suggests that “concerns about his behaviour were raised more than a year beforehand.”

And we might note just how many other FA employees have been removed because of doubts about their approach to 21st century standards.

So it can be done.  But the dead hand of “The Arsenal and the Arsenal” is there, following the standard procedures of knock knock knock, blame, blame, disaster and transfer rumour” as the sort of fare that football fans deserve.

That we know we deserve far far better is why most of us associated with Untold treat the media in all its forms with such utter contempt.

The Arsenal and the Arsenal: two realities, no communication, world’s apart.

If there were match fixing in England would we ever be told?

Chaos at the Arsenal. The dramatic and bizarre story of February 1927.

9 Replies to “Football is changing, although most of the time it doesn’t look like it.”