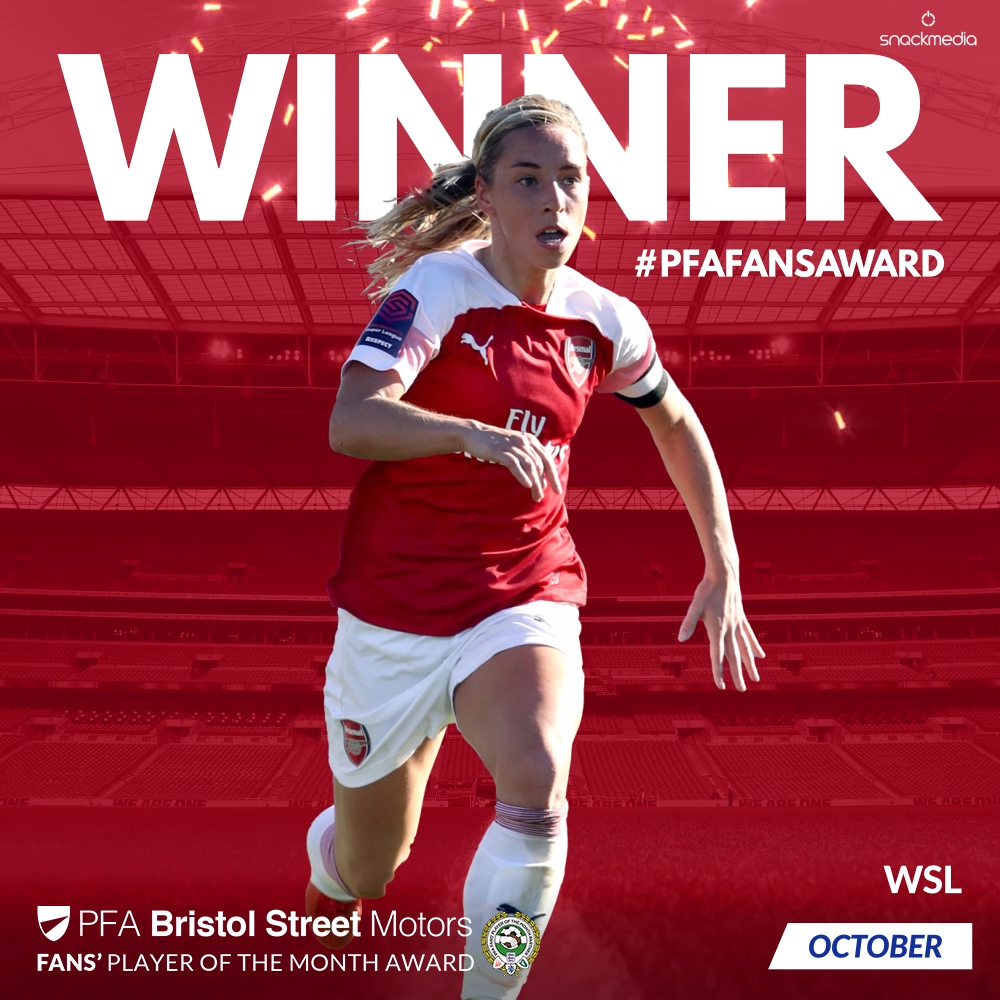 In the final of five divisional votes carried out over eleven days via Snack’s digital and social networks and supported by top flight football clubs, influencers and the press, it was clear that Nobb’s strong performances – where she hit the net four times in three appearances for her side as they stayed top of the FA WSL table – resonated with Arsenal fans and supporters of all clubs alike.

The full list of contenders from the final shortlist polled were as follows:

And the results thus far this season…