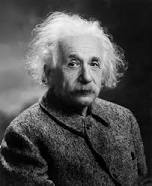 “Insanity is doing the same thing over and over again and expecting different results”.  That was the phrase that was repeatedly thrown at Untold Arsenal by anti-Wengerians during the latter years of Mr Wenger’s reign – the years from 2007 on, when we were constantly coming 3rd or 4th in the League and latterly picking up the FA Cup a few times too.

“Spend some fucking money” was another shout.   Now the anti-Wengerians have had their way, Mr Wenger is but a distant memory, and Arsenal has indeed changed (spending money as never before, changing managers) and now we can now consider the results.

That “insanity” quote It was regularly attributed to Albert Einstein, although there is not the slightest indication anywhere that Einstein ever said or wrote that sentiment, and nothing in his writings to suggest he even thought it.  The attribution was part of a hoax, just as was the notion that spending far more and changing the manager would lead to success.

What Einstein did say was, “The important thing is not to stop questioning” (that was in May 1955).

I thought of this in seeing the “Back Arteta, Kroenke out” banner that was flown above Villa Park last night, and wondered what questions the people who had paid for that banner had asked.  Questions like, “Is it likely that having just bought up all of Arsenal’s debt, and refinanced that debt through his own organisation, Kroenke would now step aside?”   The answer is no, that’s no very likely.

However a more interesting question would be, has the campaign of getting rid of Mr Wenger and then Mr Emery and of flying planes over stadia worked, and of spending more money than ever before, actually worked?  It surely must be time to ask that question.

When Mr Emery left Arsenal the league table was like this, and to make it more usable in what follows I’ve added a column shown the percentage points per game

So yes, we have done better under Mr Arteta because our points per game has gone up – but then lots of clubs have gone up (Leicester is the big collapse, following the revelations about their tactics – I’ll come back to that in another article).  But for Arsenal the percentage points per game has unfortunately not gone up enough to take us into the top four or top six.  (And we should remember that those protesting, did say very clearly  that “fourth is not a trophy”, so it is clear what they were after).

We might also look at the issue of away games – for it was the collapse in the away games results  between 2016 and 2018 that led to Mr Wenger’s downfall.   In his worse year Mr Wenger got four away wins with four draws.  This season we have again got four away wins, only with eight draws.  It is an improvement but not that great.

The away table at the end of each season recently

In fact this is our worst season since 1994/5 when we came 12th and were runners’ up in the Cup Winners Cup.  Our worst in a quarter of a century – but the whole decline has happened over four years.  In fact the decline can be easily seen here.

So the clear decline can be seen – while fourth and becoming the best FA Cup team in history was not good enough for some fans up to 2017, and they wanted change – we got change and as a result we have sunk lower.  We might well still win the FA Cup, but remember that was decried during the Wenger years too.

Thus the argument is now put that it is Mr Kroenke who needs to go – and as I have said before I am not a fan of his approach in any way, and I was and remain very critical of the board – descendants of the group who ousted Henry Norris in 1927 – selling out in this way.

But Mr Arteta however has gone out of his way to support the directors saying after hearing of the Kroenke out banner, “I have full support from the board, the fans have to believe what I am saying’.  We shall see if they do.

But Mr Arteta has also requested more money for the transfer market, and that request may not be met, given that last summer Arsenal spent an all-time record sum.

The table below shows how much was spent each season and the result of that in terms of League position and any other trophy attained.

In short we have adopted a new model for Arsenal transfers – (the record expenditure approach) – and a new model of Arsenal management (three managers in three seasons), and we have sunk to 10th.

I didn’t agree with those who said in days gone by that Mr Wenger was insane, doing the same thing over and over again, because what he did worked.  In an era where clubs owned by countries and multi-billionaires can buy whoever they like, we cannot compete against that by spending, but by clever tactics we did at least stay near the top.

And having adopted two new policies in the last four seasons (spending in the hundreds of millions and changing managers regularly) we can see that thus far at least neither policy has worked.

And we could note that Mr Wenger did change the squad around when he arrived, but he was careful to keep the best players in the team and just add a few each season – not have the sort of wholesale mass expenditure that we see now.

After the defeat to Villa Mr Arteta said, “I have full support from the Kroenkes, the board, the sporting director and we are putting a very strong plan together to try to do as much as we can in the shortest period.”

That’s good, but if it involves yet more of the same approach that has been failing of late, that’s not so good.  Buying one or two players can work, and Mr Wenger did that regularly, but that should not be the key issue.  Stability is important.  Unexpected tactics are important.  Bringing through the youngsters is important.   Mr Arteta is doing some of that, and if there is to be success, it is probably through those tactics that it will come.

As Untold said last season, and the season before, and so on, since our away form collapsed in 2017/18, we need to improve our away form.  And it did improve under Mr Emery’s one full season.  Now it has collapsed again.

Perhaps the best thing is not to believe the slogans flown behind planes.