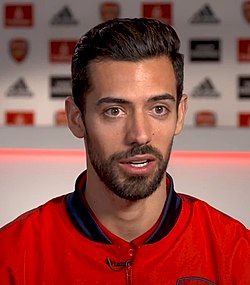 This week Arsenal have broken totally new ground in terms of injuries as listed by PremierInjuries.com

For while Pablo Mari Villar is “Ruled out” and Dani Veballos is due a “late fitness test”, Pierre-Emerick Aubameyang is listed but has no condition and an unnamed source has said, “”As far as I know, he is feeling very good.”

Which presumably means we have two injuries not three.  How very odd.

Quite what Aubameyang is doing on the list in the first place I am not sure, but whether the injury list is two or three players, we are in a much better place than some of our rivals who have numbers of walking (or not walking) wounded approaching double figures.

As you can see this weekend’s opponents Southampton are right up the top with nine.   I don’t normally run the details for the teams we are playing but I really can’t resist…  Even if you don’t consider anything else do have a read of the “further detail” column.

What particularly fascinated me was William Smallbone with the Comment added “Jan 18: “It’s the worst for him and for us, an ACL injury, so half a year out, maybe,” while his condition is “currently being assessed”.

But the stress and strain of being a manager does indeed ring through.  One feels for the guy being asked about each player and having to go through the whole disaster list.

So anyway, we are in good shape it seems and the manager ought to be able to put out his firs choice team without any worries.

We’ll be back tomorrow with a look at past games with Southampton and then predictions for the team from around the multi-intellects of the media.